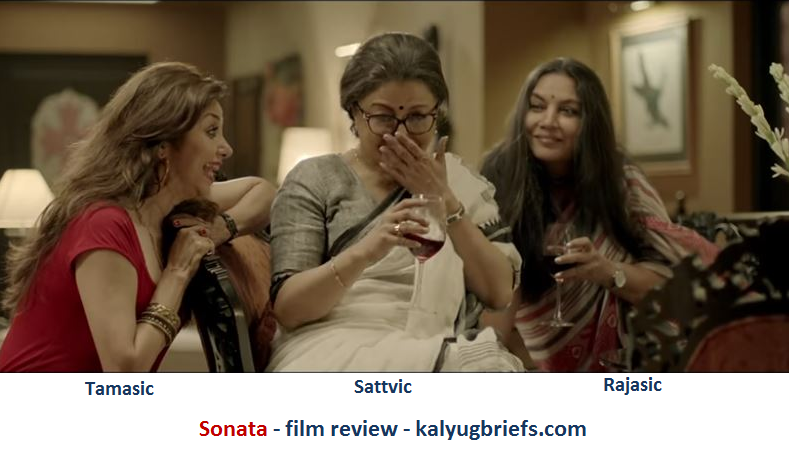 Story of 3 women and one man who changed his sex and became a woman.

She is a *prude (as her friend calls her often).

*Prude: a person who is easily shocked by rude things, especially those of a sexual type.

She is a professor and lives in Mumbai, shares the apartment with another friend of hers played by Shabana.

Both Shabana and Aparna were from the same college. Aparna had developed a weakness for a man during her youth – but the man was a *bohemian kind of person!

Bohemian :: a person who is interested in art, music, and/or literature, and lives in a very informal way, ignoring the usually accepted ways of behaving in a society. Like he did not believe in tying the nuptial knot – maybe just live-in and kick each other’s butt when they are tired of the same sex-partner or maybe a new and more attractive female/male is showing interest to sleep with them!


Aparna being a decent and sober girl could not accept his kind of lifestyle and decided to break off for good. She shifts to Mumbai and gets busy with her profession. She does not meet any such man who could match her standards intellectually or in any other way that she preferred. She remained a spinster all her life and maintained a proper decorum too. She was financially independent and did not require any male in her life to please her – by giving her company or by having sex with her.

She was averse to frivolousness because she could do very well without being silly or flirtatious or frivolous! She did not even like her girlfriends touch or hug her…something she wrote in a short story….about a character that matched Shabana a lot!

Of Sattvic Nature. Be good, do good to all kinds.

A banker. She was more of an adventurous female. She believed in wearing revealing outfits and look good by lots of makeup. She spent most of her money in dresses and cosmetics. She liked to party, get drunk and do whatever she liked to do.

She did not bother much about social norms or her reputation.


The man Aparna was close to in college, Shabana had sex with him during a moment when he was upset  because Aparna had decided to leave him! Really – one should be very careful in getting entangled with such bohemian kind of people – it was a very good decision made by Aparna to leave such a male who did not even think twice to jump on bed with Aparna’s close friend who had actually gone to just counsel him!

Shabana confesses this incident of ‘sex’ to  Aparna at ripe old age…..and Aparna just chuckles saying that he did not belong to her so he could go to any hell he wished to….(probably thanking herself for deciding to leave the sex-starved creep for good)

Of Rajasic nature. Carefree and selfish – only her happiness mattered – rest can just go to hell.

A journalist. She is living in with a male who often beats her and bruises her badly. Yet she loves to live with him. Both her friends – Aparna and Shabana ask her to stop tolerating the creep but Lilette confesses that she could not do without him! She even hints to Aparna that since she never has had a male in her life so she will not understand how good?! it feels like when beaten by a drunkard and being thrown out of the house at unearthly hours!

Just as they were discussing, the drunkard creep comes back to take Lilette home! She throws things at him from the top and then decides to go back to him….for another round of abuse some other day!

Of Tamasic nature – likes to be tortured and abused!

A male friend of theirs in college who changed his sex and became a woman. He was about to visit their house with a new boy friend – Peter – but alas – it was the fateful day of 26th Nov. …when some terrorists entered the Taj hotel and killed people recklessly! So their friend died. After so many hardships…facing the belittling attitudes of friends in college, collecting money for the sex-change operation etc…..the person died! 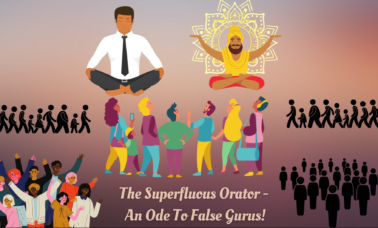 The Superfluous Orator   And people were very impressed He spoke so ... 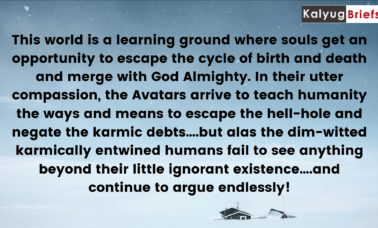 Avatars,Deities, Angels & spiritual Masters come to teach us the way to ... 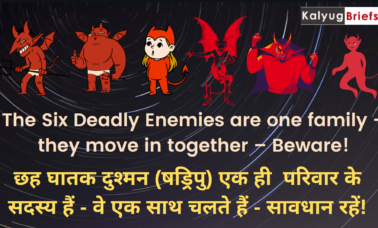 The Six Deadly Enemies are one family – they move in together – Beware!

The Six Deadly Enemies are one family – they move in together ...