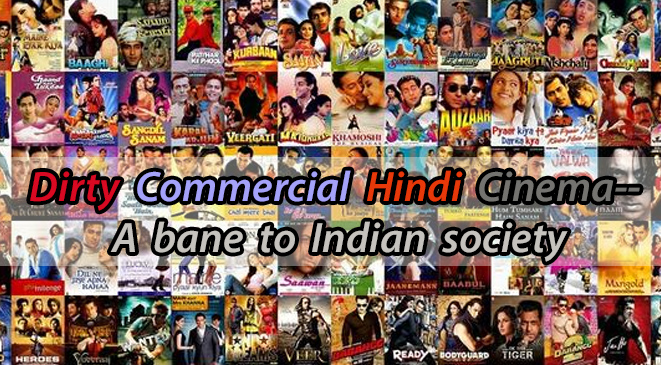 For over more than half century, Indian cinema is serving movies, mostly portraying life as a love story or romance or just complete indulgence into lust.

The generations over generations were brought up to have a love partner at the end of the day. The marriage used to be shown as the final attainment of happiness. Major part of movies (save exceptions) is full of just emotions, romance, lust, expose, fashion, violence, abuse and rape. Most of us kept on enjoying the music, dance and comedy ignoring the rest.

The actors committed suicide for their dead or missed partners, the villain got indulged in abduction and rape of the females, the father tried his hardest for marriage of a daughter, the sister/mother selling herself for the sake of her sibling/child’s upbringing, the actor’s frequent visit to brothel were justified as he was desperate, lonely, confused, cheated or just drunk. These movies also teach you the tricks of how to rape, how to abduct, how to steal, how to impress someone, etc.

For decades, the public did not object on portraying women in the filthy manner. Today, the same public is worried about women security and child victims of abuse.

…and still, India is great. Yes India is, but losing Her greatness gradually and no one is actually caring about that. The female energy of any nation describes how that nation is. We can only give slogans for females. We cannot ban the dirty cinema …
At least, make such movies a great flop, but No… you enjoy that. Bravo!