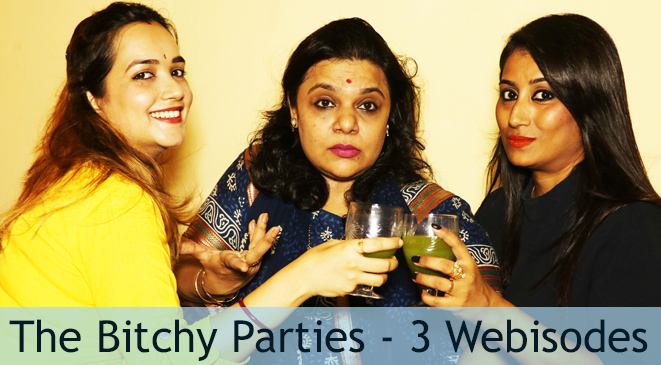 A series of 3 episodic short videos, a comment on this post-modern idea of “Feminism” eating away at our society!

Directed and Conceptualized by the brilliant Anjul Chaturvedi , with gifted author, Aparna Ganguly in the lead, and two talented newcomers, Rupali Das Chakraborty and Poonam Mishra !

Sons are not raised to be an ATM for their wives! They have other responsibilities too – towards their parents, relatives & society! Many women – esp. ill bred – whose parents only teach their daughters to be blood sucking insects – who are selfish to the core! They only see their comfort & satisfaction – rest of the whole world can go to hell for such females!

Thanks to our bad advt. world and entertainment world as well – who promote immoral values in the name of freedom & independence!

Females are encouraged to change boy friends like used sanitary napkins and males are made to believe that females are objects to be used and thrown!

With such role models for the youth what else is expected…other than rapes, murders…and terrorism!

What about simple and sober in-laws?

Agreed that some in-laws treat the daughter-in-laws like muck…but not all parents of sons are like that! It has now become a habit among women to disregard and disrespect their in-laws even if they are simple and non-interfering!

Is it so difficult to strike a balance?