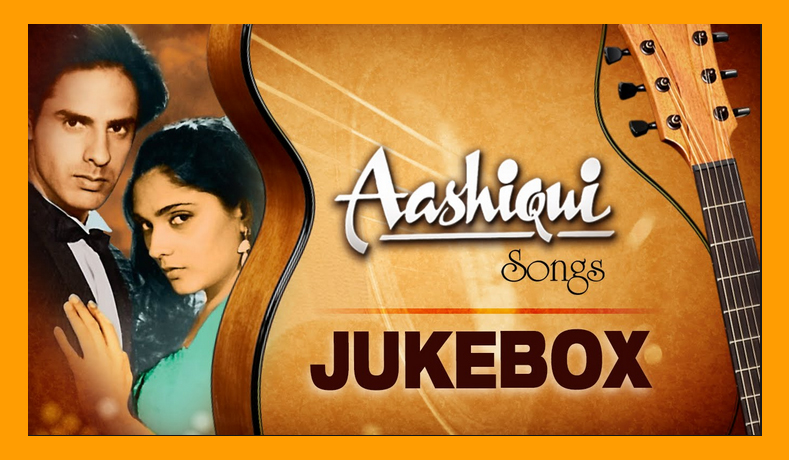 A smash hit in the early 90’s because of songs – all romantic ones.

Story shows that an orphan girl wins the admiration of Rahul Roy (hero) who comes to rescue her as a’knight in the shining armour’ they both run away from the orphanage … wow! Eloped ! so fairy tale like na ?

Anyways , Rahul teaches her typing etc. but she fails- so he finds the easiest way of making money ‘renting the pussy’ oh! Sorry pals ! I mean becoming a model- an object of lust in the eyes of several potbellied, frustrated alcoholics!

Anyways she becomes famous -wears a swim suit much to Rahul’s disagreement – the model co-ordinator wants to take her to Paris – she suddenly declines and goes back to Rahul- Rahul conceals the kiss scene inside the jacket -which later went on to become the smash hit poster of the era !

Attention Men : if an Indian dark complexioned female model gets a chance to go to Paris , she’ll jump at the offer with dear life -she will never come back to you so don’t have such hopes – remember how Susmita Sen kicked her boyfriend once she won the Ms. Universe beauty pageant ? Remember it ? (Well that was what we all read in various Newspapers etc. !) Good , cool !

Ab tere bin jii lenge hum (Now I will survive without you – and drink the poison called life …basically indicating that life becomes poisonous without a lover !!-)