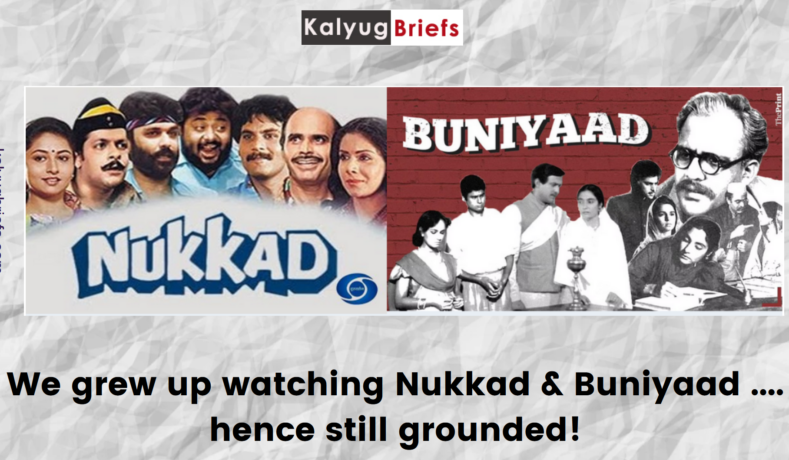 During the 1980’s, when we stepped in our teens, we grew up watching teleserials like Nukkad & Buniyaad – probably the reason we are still grounded & could maintain our humbleness till date ….. for the struggles of our ancestors cannot be forgotten so easily – they literally gave up their lives to give us our independence and also we could completely relate to locality dramas (being middle class ourselves)!

Then the cable TV boom happened and 90’s teenagers grew up watching American sitcoms like FRIENDS etc. we, the people were exposed to live-in relationships, unchaste value system, maintaining virginity till marriage was mocked at and disregarding/ disrespecting parents and making fun of their incompetency in raising children ‘luxuriously’ was discussed/ cursed openly!

Now we can see how stand-up comedians make fun of their parents & relatives and are so much appreciated by the audience……such shows are going house-full also – seems that many want to vent out their frustration or want a stamp from some authority to rebuke their parents!

(deep sigh) – If you, as a reader, think that it is not quite right – the way we are heading towards becoming ‘thankless, selfish, dry’ imps – it is time to do something about it!  For example – school children should be taken to an orphanage and shown their lifestyle – in absence of parents – no one to pamper you or give-in to your most obnoxious demands….. 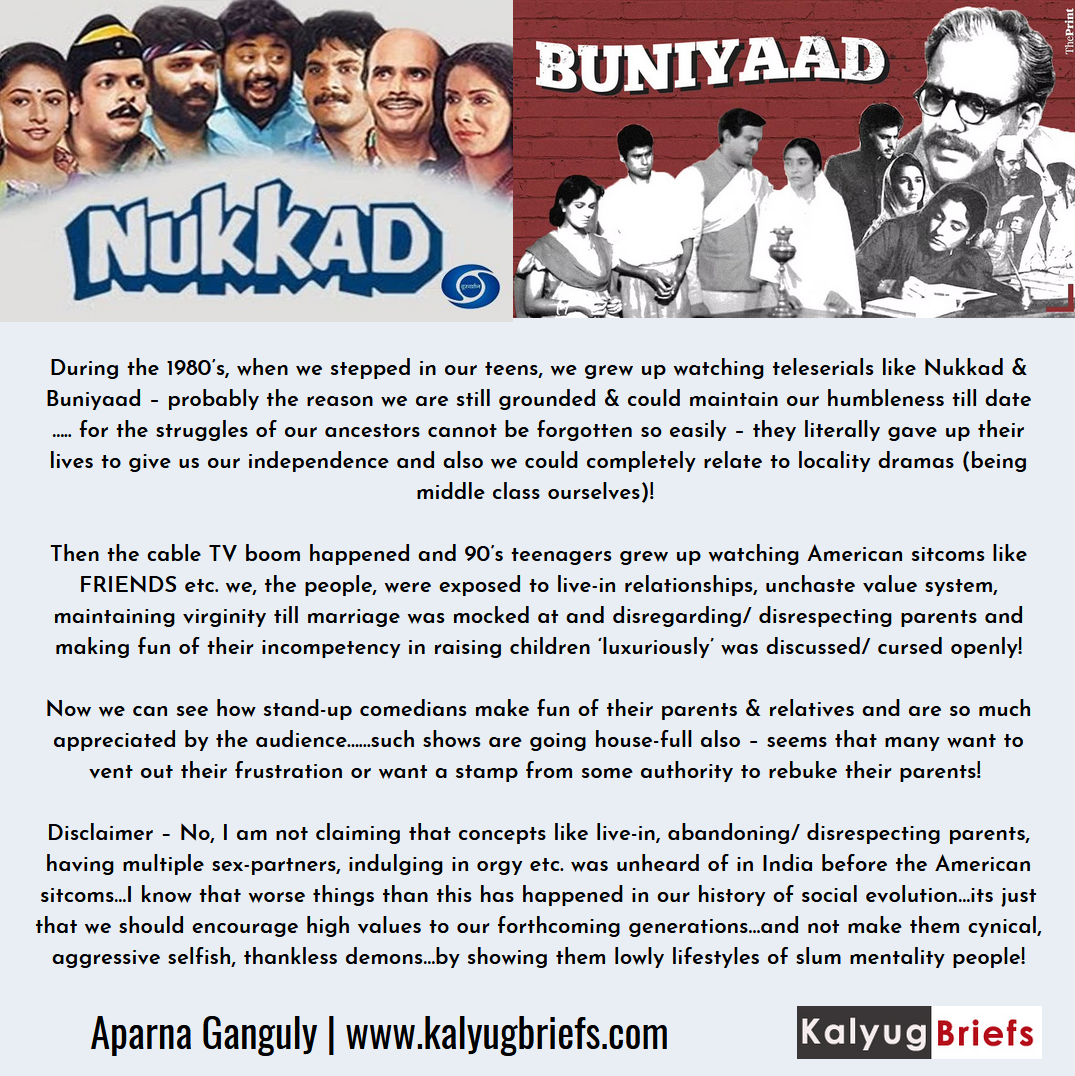