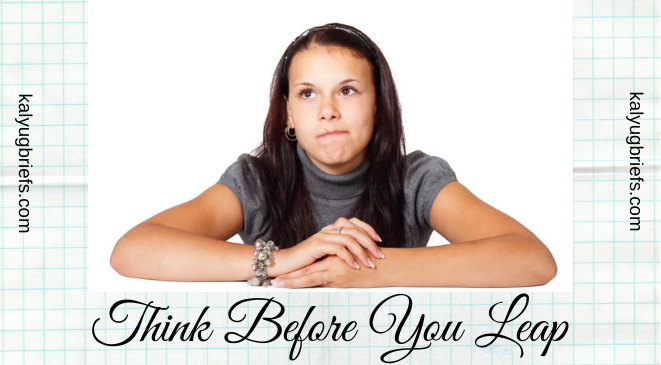 Jayati met Sudhir for the first time in a meeting at the Head Office. Jayati was a very simple looking girl but was very hard working. Sudhir was in the Marketing Department and used to sit in the Head Office. He belonged to a poor family and was always on the look out for a well settled rich girl to come along and enter his life so that he can marry her and settle down in her house . He was an incorrigible flirt and everyone in the Office knew about his plan to marry a rich girl and settle down at her expense – since he was very loud and verbal about it !

He was already 34 but had failed to find someone as rich as he thought he would meet. He met Jayati and began talking to her – trying to flirt with her as usual. While talking, he found out that she was the only daughter and they had their own house in a plush area in Kolkata. He offered to drop her home to basically have a look at her house.


That night Sudhr hit upon a plan. To ultimately marry Jayati. She was simple and naïve. She was the only daughter, she was working, they had a big house which would eventually come to him and he thought of living happily ever after with her. He thought of her as an ideal mate for she was simple and could be easily befooled and he could carry on with his flirtatious nature with all readily available girls.

So he started courting her – grandly! Since it was the first time someone was showering so much attention on her, she was gradually giving in. Her other colleagues warned her of his flirtatious nature and his plans to marry a rich girl. When she asked him – he immediately said that it was his plan alright but when he saw her simplicity and innocence he forgot all about his plan – he actually started putting up this act in front of his colleagues as well to make the whole thing look authentic !

Things were going according to Sudhir’s plan and he was rather glad about his charisma ! Jayati was still in a dilemma and was thinking whether to spill the beans in front of her parents or not. Her father was not very fond of Sudhir and had already shown his disregard towards him. He had observed Sudhir’s eyes pop out when she was showing him their house and he was asking rather unusual questions like – whether the house belonged to them or was it on lease etc.! Her father had enquired about his family background as well and had instantly guessed what he had on mind upon hearing the mediocre family background of his.

Things were rolling fine for Sudhir ….. till a 5 day workshop on ‘ Attitude Correction ‘ came up and all the Executives from all the Regional Offices were asked to report at the Head Office in the evening from 5 pm to 9 pm. Jayati was glad to hear this for then she would be able to meet him daily.


When she reached for the Classes on the first day, she found that Sudhir was absent from the scene. Upon enquiring she found out that the Boss had sent him on some menial jobs – since his performance was poor – so he was given small odd jobs to keep his position in the Office. Jayati was shocked to hear this revelation regarding Sudhir. Such a flamboyant personality was a poor performer at work was beyond her understanding !

The second day he reported late for the Classes and got a dressing down for coming in late. He instantly made up the story that his Mother was unwell thus he got delayed. Jayati decided to pay a visit to his Mother so she bought a ‘Get well soon card’, took some flowers and went to his house without Sudhir’s knowledge. He lived in suburbs and she saw his house in almost a dilapidated condition ! His Mother was happily cooking in the Kitchen when she , along with another colleague, asked her about her health. She was surprised at the question and said she was perfectly alright. Jayati gave her the flowers which his Mother found to be very amusing ! According to her flowers were given on either someone’s marriage or at the funeral !

Jayati left and started evaluating her relationship with Sudhir. She was speedily getting over him and meeting with his illiterate Mother was definitely the last straw ! How could she ever introduce his Mother to her relatives she thought – and how could she ever come in this dilapidated house ..leaving her modern flat in plush area !!

The last day the Instructor took up the Topic of ‘ Think Before you Leap’ – where he covered how an individual is himself or herself responsible for the decisions they take in life. He also added that Major decisions in life , which are totally in your hands, should be taken very carefully for if it is unsuccessful in the long run – all that one will be left with is ‘self pity’ and a couple of friend’s sympathy !! Nothing else!

The last topic touched Jayati. It seemed to her as if it was God’s way of asking her to leave Sudhir for good. She gradually started ignoring his calls and severed her relationship with ‘crafty’ Sudhir.