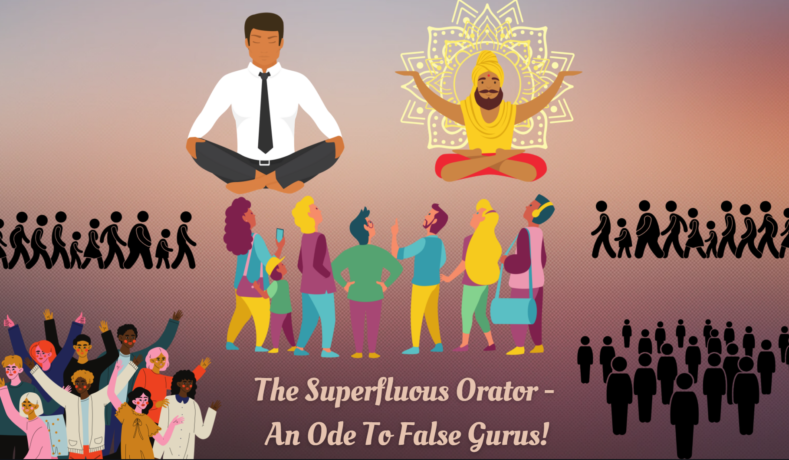 Yet people were so very impressed
they paid to listen to him
the media began to flock around him
wow! He was such an influencer
and such unheard of sacrifice –
he only wore ochre colored robes
he had given up all brands –
he had an engineering background
which meant he could make loads of money
had he followed blindly the worldly rat-race

But he took up the role of an influencer
later he did some quick yoga-asana/ breath control courses
and marketed himself as spiritual influencer/ Guru
and many people, who were basically drunkards and drug addicts
also sex addicts too – came to him for a
Certificate from God…

Of course the Ex-engineer Guru
was only too glad to have such followers
all he needed was money in his bank..
remember he had left his job – but he had a family to run folks
and you need money to buy food…and bungalows and cars
and go on vacations – to locations famous for tickle massage parlors!
Such a Guru is only human..
he is allowed to make his share of mistakes – only human!

Awwwww – so impressive – not a hypocrite at all!
What a role model – Applause x 3!!