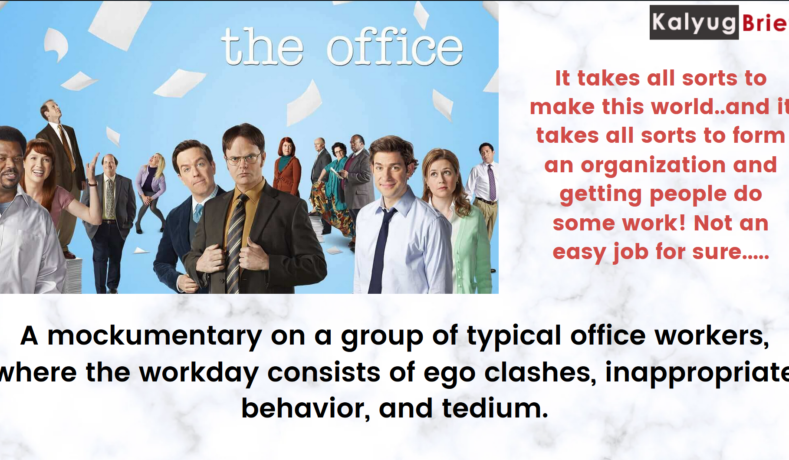 Honestly speaking, the first 4-5 episodes were pretty slow and boring and I was deciding to not watch the series after all…but then Jim and Pam caught my attention and I wanted to see how their love story develops….so continued watching till the end! (yeah! kudos to the script writer – he/she knows how to catch the viewer’s attention!!)

And yes, I could completely relate to the series since I have myself worked in small time private companies and I know how the co-workers waste and waste and in fact are experts in wasting time – lots and lots of time doing literally nothing! It was so ridiculous to watch the party preparation, the money contribution, sloppy workers, brainless and clueless workers, how wee bit smarter workers somehow manage to cope with fellow dullards – lol- every little nuance was so relatable!!

Michael Scott – Poor thing was honest enough to write a book ‘Somehow I manage’ ! Basically, he managed nothing! Just found ways to waste time and irritate the workers who could actually perform better in his absence (in fact even this was shown in the series lol). He was typically a dumb boisterous boss which many small time companies actually hire…..for whatever reason!

Michael and Jan – The woman boss from head office actually tried to live-in with the dullard – only to impregnate herself artificially with someone else’s sperm – she actually tells him that his genetic map was definitely poor/ below average and she could not risk a child being born out of that seed….gosh! that’s the height of insult…..but then from  Jan’s point of view…it probably was correct also! Jan is seen with a daughter – that she was raising to her likeness – aggressive artificial woman raising a daughter to follow her footsteps….some poor future Michael Scott will again suffer from her snotty presence in his life!

Michael meets his match in Holly – Well, all’s well that ends well – I was happy for poor Micahel – he found a good match for himself in Holly!

Jim and Pam – the two most sane and sensible people in the organisation – loved the way their love-story developed! Was amazed to see the loyalty factor shown by Jim – to turn down the invitation of a sassy female colleague who tried to seduce him! They had quite a balanced life – with birth of children and role of parents – everything happened on time for them. Though Pam was engaged to Roy but he clearly did not deserve her – the one who deserved her, got her! 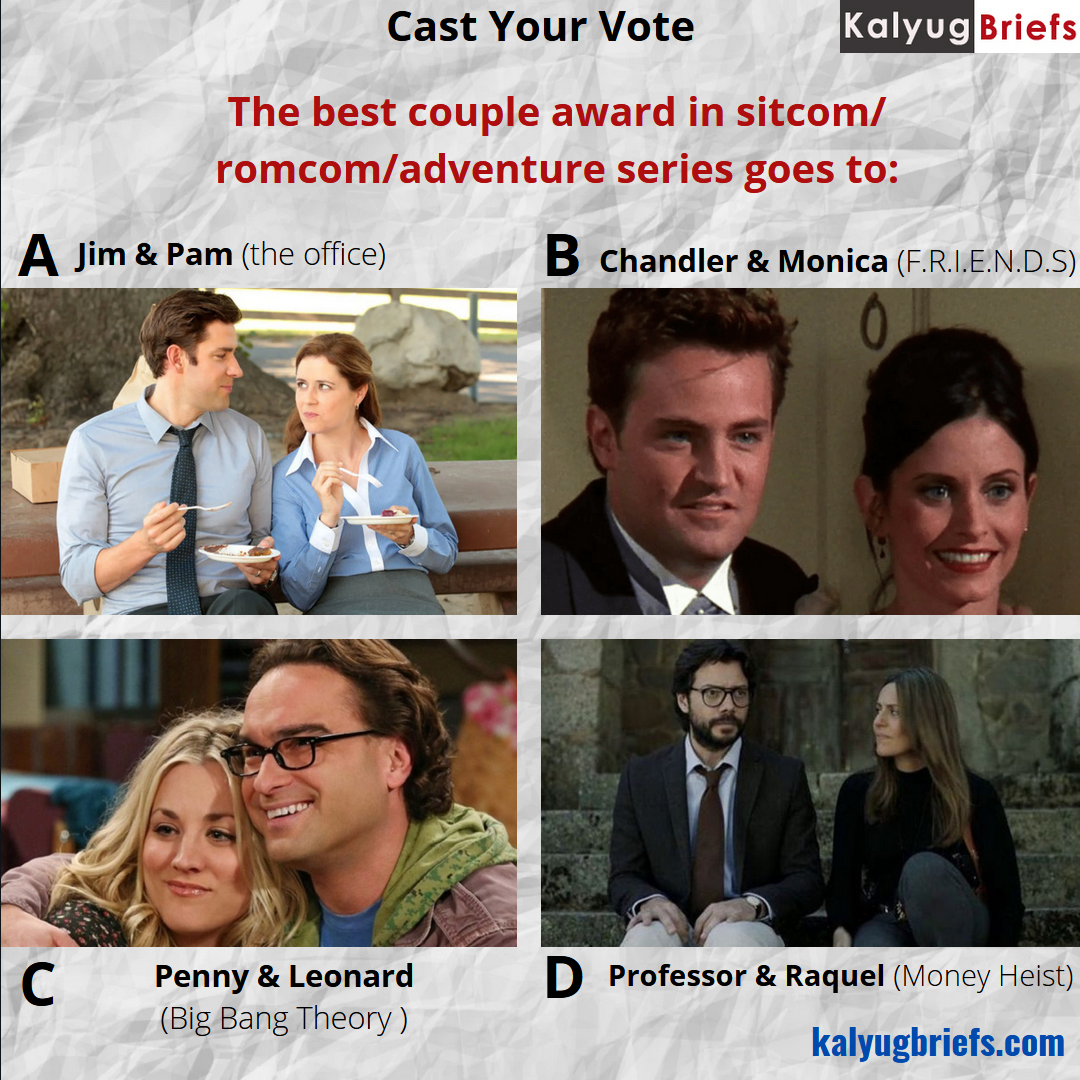 Andy and Erin – Andy was another typical dumb boisterous  male who scream about brands all the time but have zero personality of their  own! There are some dullards who somehow get through in a sought after college/Institute/ university and that’s it – they think that just by taking the name of the Institute they have passed out from – people should fall at their feet! Such misconceptions about self are totally shattered once you enter the real world and a real job that pays you for the job done! He falls for Angela first – who was two-timing him with Dwight Schrute – then he falls for the new receptionist Erin (who had been brought up in foster homes and was typically confused and unloved). Anyways, thank God she realized that Andy was not a suitable man after all (just a shallow, superficial dullard) and decides to break off with him!

Ryan and Kelly – The youth of the current era – busy with Instagram and other social networks, die hard fans of celebs – they follow the trends blindly and like to live like copy cats – confused, shallow, foolish in their dealings! They read some biographies and think that they too will make it big with any crap app they invent – they do not realize that a lot of intelligence, hard work and team work is required to develop an app like Facebook and become a multimillionaire!

Dwight Schrute and Angela – Dwight is shown as a simpleton basically who is trying hard to include himself among the ‘supposedly’ elite class office workers! His one and only aim is to become the  manager at Dunder Mifflin paper company…..and he succeeds in the end! He is having a secret affair with ambitious Angela who was an accountant in the office.

Though I do have mental blocks for flirtatious females who two-time openly and make it very clear that they are opportunists and given half a chance, they will dive for a better option – which she actually did by dumping both the suitors in her office (Andy and Dwight) and marrying the divorcee senator ….. still I was happy for her when she eventually married Dwight! She realized that she was in love with the rustic fool after all! Loved the way Jim and Pam often pulled his leg….. 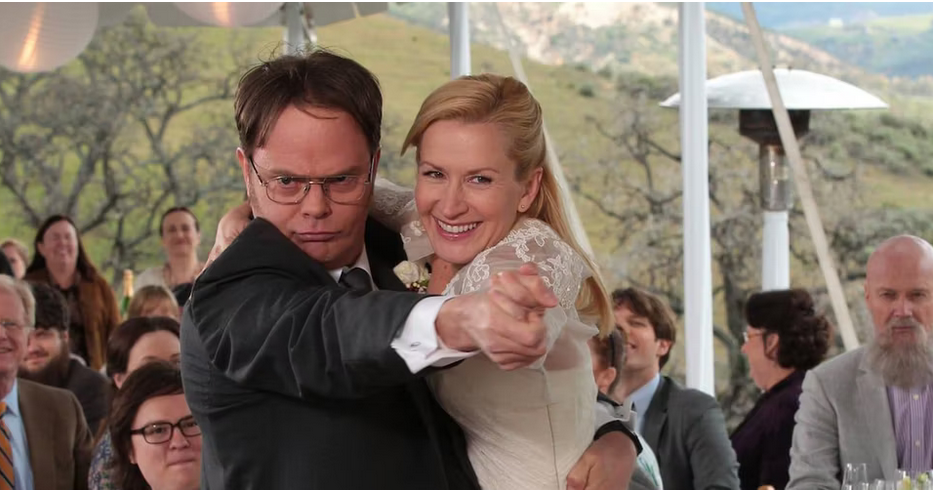