The Lion King – A Review 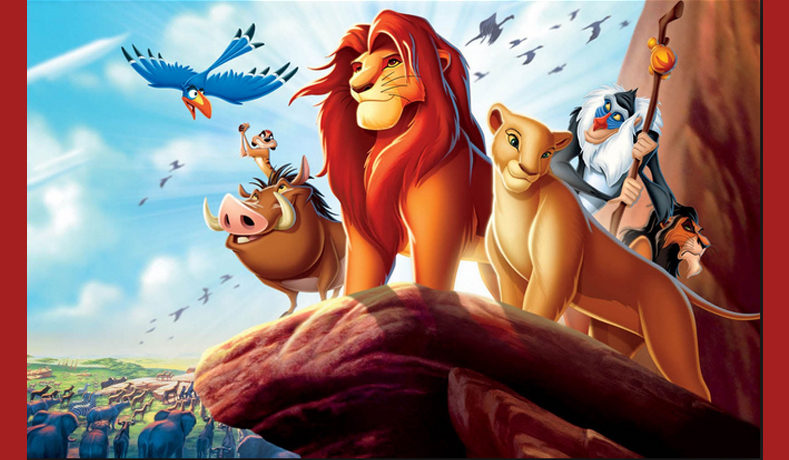 The Lion King – A Review

This lovely & immortal piece of animation has always been the theme of all the Bollywood movies which were made in the early 70’s till late 80’s – after that the focus of the Indian Directors changed altogether – for God (Devil?) knows what reasons -and ever since then they are making crappy movies…with a mandatory item number where hyenas are made to dance on ‘Kanta-laga’ song !

Simba – a small cub sees his father’s accidental death with his own eyes but before he could reach his mother’s safeguard – the vile uncle Scar hires some of his hyenas to kill the next of kin in order to take over command of his territory.

But destiny had something else in store for young Simba – – he is saved by Timon and Pumbaa – and leads a happy-go lucky life with them – singing Hakuna Matata – but when he grows up he meets his childhood girlfriend Nala – who counsels Him back to fight for the Kingdom that is rightfully his ! – Amazing where would males go or what would they do if it hadn’t been for us females !!

Anyways , Simba takes over his kingdom and peace prevails once more in the Animal Kingdom .

The smash hit that this movie is – shows that people still have hope in the fables and epics that were taught / told to them during their childhood – that Good will eventually win over the bad ! Truth will triumph !! and people of all caste, creed, country believe that one day a Simba will be born , who, along with Nala, will come as their savior !! 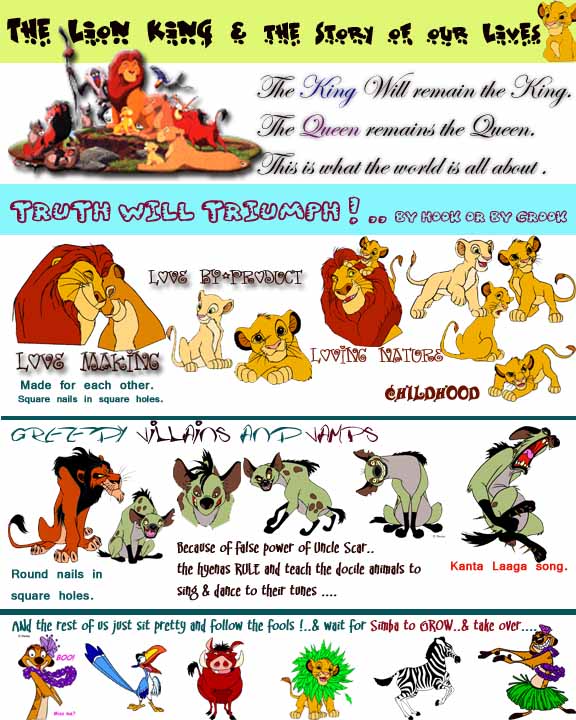