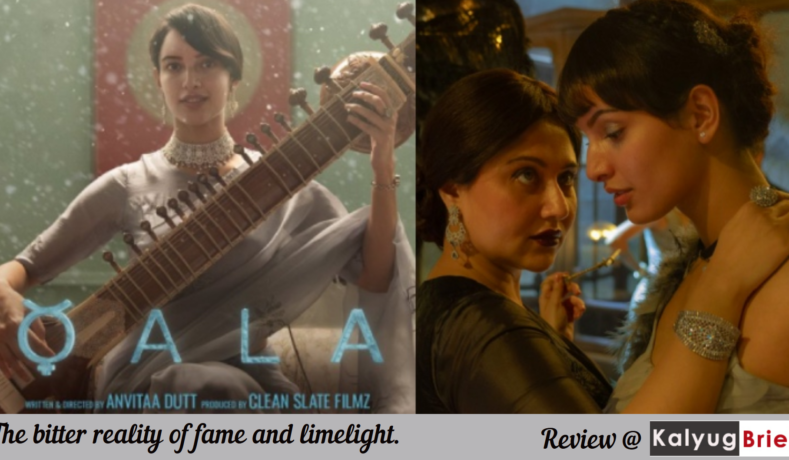 A film of early 1960’s. About son-centric mothers. About the era when women from educated and cultured families were not allowed to act in cinema or even go anywhere close to the entertainment industry…nor mix with such people who were openly leading a lustful life encouraging debauchery and unchaste/ immoral values among both males and females. But since there is no dearth of weak personalities – many fell prey to the invitation of Lust Demon …and we all can see the results now!

So this lady (mother) gave birth to twins – son and daughter but unfortunately the son dies in her womb and the doctor tells her that the dominating sibling killed the recessive one! From this moment onwards, the mother hated the new-born daughter and …it is also shown in the film – how she even wanted to kill the infant with a pillow…..basically for the viewers to understand her absolute hatred for her.

The mother was a classical singer and the daughter also tried to pick up music in order to impress her mother. But however hard she tried, the mother always had a nonchalant attitude towards her! Although a classical singer, much talented, the mother still had to use her bodily charms to impress males (in the male dominated world – awwww) and the daughter happens to see her mother in a compromising position with some famous lyricist or singer who was well connected  to the film world. Since the culture of classical singers/singing was rapidly declining – thanks to films with a touch of sexciting mild pornography in it – such singers became desperate to get themselves into the entertainment world after all…..they also need food to survive huh!

So the young nubile daughter followed her mommy’s footsteps and made herself available to get a break in the world of playback singing. Well, I was really surprised to watch that even females in the background (behind the silver screen) were exploited and were having to indulge in dirty sexual activities with the perverts!

No wonder why women were strictly prohibited to venture into the film world! Initially in the early 1940’s, males were hired to dress up like women and play the role of the female protagonist. Then nautch girls from red-light areas were hired and sex-starved perverts got all the more sexcited to watch films…. Well, eventually it became a fashion for females to expose and express themselves – but natural I guess – when the educated lot saw that males are readily spending lakhs – just to please the female because she exposes her body and gives them cheap thrills…..the super-intelligent and smart females took up exposing-jumping-jiggling-embracing- any male or many males together -as their profession!

Anyways, things go haywire when the mother adopts an orphan male and tries to bring him in the forefront – the daughter became very jealous – the fact that her mother’s love – that rightfully belonged to her – had gone to an orphan….just because he happened to be a male! She sees to it that he does not survive for long…and succeeds in her plans to finish him!

Later, it is shown that she does reach great heights but deep inside her guilts and unloved childhood memories finished her completely! She commits suicide.

The film shows the bitter reality of fame and limelight.