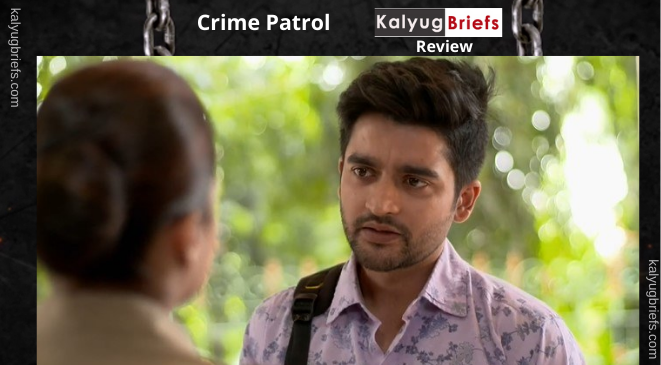 Gosh! Really fact is stranger than fiction! Only yesterday I was criticizing the entertainment industry for injecting the minds of the youth by showing ‘sheer nonsense’ and passing it off in the name of creative freedom etc…..but then I saw this mind blowing CP episode yesterday night!

Two brothers belong to a certain village that has an unimaginable ‘pratha’ (custom) – and what is it? – that the daughters will make money by becoming prostitutes! Yes, folks, you read it right – there is no need for a girl child to get kidnapped and sold in the sex-market….the parents wait for their daughters to reach adolescence and then they start inviting pervert sex starved males to their residence and offer them their daughter(s)….in exchange of money of course – like father and mother turn into pimp and Madam once the daughters reach adulthood! The highly educated, rich but unfortunately pervert class of the society has given it a name too – ‘Consenting adults’ – meaning that if an adult wants to eff around – he or she cannot be stopped. Wow! What an idea to spread perversion smoothly without obstacles!

So the younger brother’s (let’s call him Ramesh) elder daughter had already started offering sex- services to clients – thus the younger brother started making money rapidly! He shifted base to town so that richer clients could be approached. Sometimes when they visited thier village, the elder brother used to look at him with jealousy as he knew very well how he was making money.

The younger daughter was completely unaware of what was going on in the family – meaning that the elder sister is basically a sex worker – educated sex worker! In the meanwhile the older brother was lamenting the fact that his daughters were young & thin and not very attractive too because of which pervert male clients were not agreeing to sleep with them! One day they had made their daughter ready to receive a client but as soon as the client saw such a young girl, he refused to sleep with her and asked them back for his money! Then they met another pervert who agreed to sleep with her – the parents ushered him in her room and could actually hear their daughter scream (coz. basically she was being raped) – and guess what? Her screams made them immensely happy!!

In the meanwhile the younger daughter of Ramesh fell in love with a boy in her college – oh yes – they were given formal education as well – the daughters were educated – but our education system does not teach how to deal with such situations…..its actually unimaginable also! The lover was kinda sex starved so he went to a sex-worker…and that sex-worker was none other than her elder sister. This was not known to him of course until his lover introduced her as her sister! The pervert lover immediately severed relationship with her because he did not want to have anything with a family that produces prostitutes but he started to blackmail the elder sister and her parents that he will reveal this sex racket to the younger sister. So he was making money by blackmailing them but when the younger sister came to know about it – his easy money stopped…that angered him! SO he decided to rape the younger sister along with his 2 friends! After raping her, they left her in the park – where the elder sister found her. She requested her elder sister to kill her and release her from the hell – because if she had returned home, her parents would have sold her off to clients daily! Elder sister strangulated her to death!

In the meanwhile her cousin sister came to her for help – she killed her also. This way she managed to kill her own sister and her cousin sisters as well! When the cops asked her why she killed – she said that she released them from this hellish life!

So folks we have eradicated customs like Sati-Pratha (where the wife was burnt alive on her husband’s pyre ) and because the wife was left alive, she reached the widow ashram where they were turned into prostitutes to aged sex-starved beeps who maintained the ashrams – refer film Water where widows between the age group of 8 to 20 were sent to a 70 years old BEEPING BEEP for sex! Sometimes I think that the arrival of Britishers was a boon in disguise for us Indians – or else we women would still have been uneducated weaklings used for either sex or as baby producing machines!

Couple of days ago I had seen another such CP episode where the entire village was engaged in this dhanda (business) of selling their daughters in the sex-slave market! Like fathers and brothers were giving away their daughters/ sisters to clients for couple of months on contractual basis. Once the contract was over, the female will be returned back and again sent to another BEEP for 6 to 8 months! If the male she lived with paid more and wanted to hire her again, he could do so….but if he wanted to taste new flesh, he could just kick her outta his life and taste a new flesh! Wow! Such an advanced lifestyle…..I guess this pratha would be acceptable to many pervert beeps also – esp. those who make jokes on wife all the time on social media – such beeping beeps would gladly accept some such custom! There was a scene where the cops reach this village and start questioning the villagers engaged in sex strade – the villagers kinda ousted the cops saying they all were ‘consenting adults’ so they better not interfere – and the cps had to return …without taking any action…….

Wondering which ministry is in charge of eradicating such customs? HR? Info. & Broadcasting? CM…PM…President? Who is required to take care of such blasphemous customs?