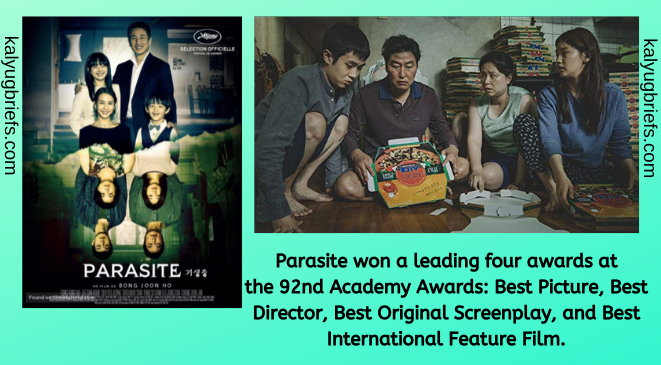 Parasite – Film showed the stark difference between the stinking filthy rich and the poverty stricken – living in stink and filth! This difference is present in every country in this world. Thanks to ‘all wrong and false/ fake’ priorities the Bad Advt. world/ Media & Entertainment world created for we, the people, worldwide!

And what happens when the 2 categories come face to face? There is Bloodshed – because of suppressed anger, hatred, jealousy & every other vice that the human mind & heart is capable of expressing! But obvious. 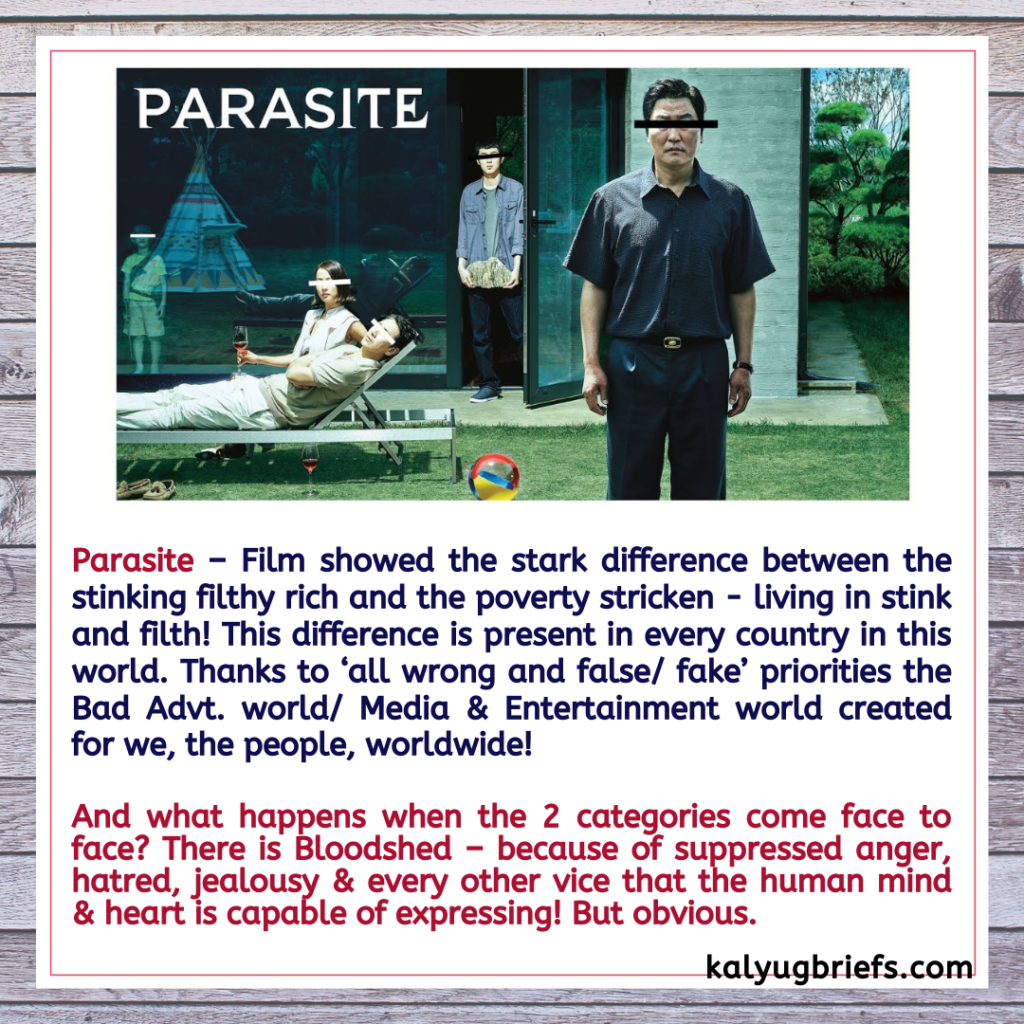 How The Poor Survive –

Unemployment and poverty is eating up our society and the world! It’s because of poverty that crimes get committed – as it is said ‘ Poverty is the cradle of crime’  ! The governments are introducing free education and free wifi – but no free food, or free shelter…and hardly any employment opportunity! Thus we can see how dangerous the ‘literate but poor’ can be! They are the ones who can hack Internet and bank accounts and commit any crime – in a rather sophisticated manner because they are empowered with knowledge and even computer & internet skills! Eg. The sister creates a fase certificate for her brother and the father is shown to be so mighty proud of it! The sister then joins the rich household as a Special Educator/ Child Psychiatrist/ Play cum Art Therapist – and how does she get the entry? By quickly going through some articles on Child & Art Therapy…..but then she succeeds in pacifying the little restless imp! Meaning? Do you actually need theoretical knowledge and big degrees or just plain intelligence to handle kids!?

The brother starts to have consensual affair with the daughter of the rich man, the master! Basically showing that when one is young, they don’t see or measure the financial status/ academic intelligence of the opposite sex – he just has to be a male with the tools to sexually satisfy you! yuck, puke!

The poor accept their fate – however gory!

Because of lack of food and shelter – the men agreed to live in a dungeon (cellar) and steal food in the absence of the master …poor things understand that existence – as a parasite clinging on others – to be the perfect solution to survive in this world!