Nisha Rejected Him - A Short Story 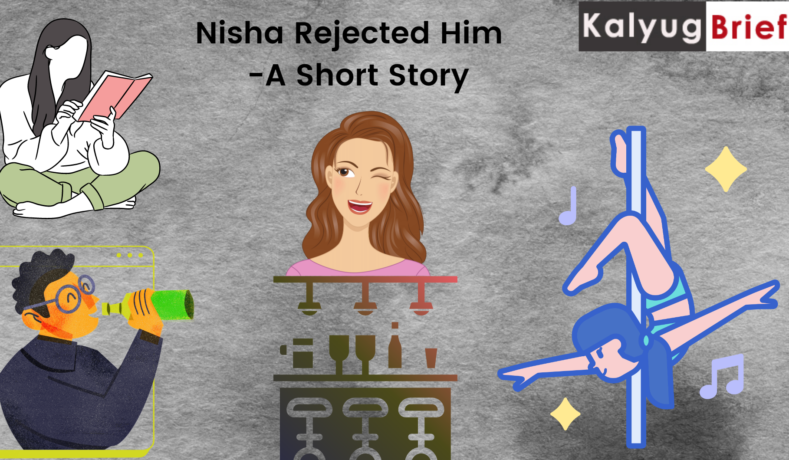 Nisha Rejected Him – A Short Story

Rahul was 48 and a very successful businessman too. He had maintained his bachelorhood as he thought it to be a waste of time to get married and be stuck with a single woman for life – esp. when there were several beauties dying to catch his attention! Along with being rich, he was also tall and pretty good looking as well. He maintained his physique well and life was going smooth for him. Of course he had become quite infamous as a womanizer and he did not bother at all about his reputation. It was his hard-earned money and it was solely his decision to spend it the way he wanted.

Lily had a boyfriend who was a drug dealer in Goa beaches. He used to pimp out Lily to rich foreigners. He had been observing Rahul and saw that he was spending money like water – thus he made Lily behave all innocent and naïve to rope in Rahul with her charms. She introduced herself as a Playboy model and showed him some of her sexy pictures. Rahul spent all the 6 days with her and promised to meet her whenever he came to Goa. But Lily pretended to be like one innocent dove who was madly in love with him. She made up few stories on how she was tortured by her own father and uncles and how she wants to leave this hell-hole!

Rahul took pity and brought her to Delhi and even gave her a flat in a plush area. Problems started when she called over her pimp boyfriend and tried to spread their business in the posh locality. The neighbours reported this to the authorities and soon they both were arrested for selling drugs and promoting prostitution in a residential area. Rahul had to literally reach the police station at midnight and settle the case by paying a humongous amount to the cops as well as to Lily who threatened that she will falsely allege old-hag Rahul for sexually harassing her by promising to make her a model in Delhi’s ace advertising agency.

Rahul agreed to meet Nisha – a 41 years old lady who was running her own boutique and beauty parlour. Although 41, Nisha looked in her early 30’s as she had maintained herself well. Rahul took Nisha to an expensive 5 star hotel and behaved all chivalrous with her – he was confident that Nisha would be completely floored by his charms. He went home and said he had no problems in tying the knot with Nisha! He liked her looks and loved her fitness inclination. She was highly educated and well-read and Rahul enjoyed conversing with her.

Nisha had met Rahul without much of a background check. The meeting was sudden and planned by her parents and his parents. Before she even knew who she was meeting, she found herself sitting with him having dinner.

She came home and started checking his profile and called couple of her friends who were common in their friend list.

Nisha called Mitali, her childhood friend, who had Rahul added in her friend list.

After exchanging pleasantries, she asked her –

Nisha – Do you know this Rahul Mehra?

Mitali- Well – he is my husband’s classmate…why? What about him?

Nisha – Just checking out his profile….

Mitali – Well – now he has aged – when he came for our wedding – he was in his late 20’s……gosh! What a handsome dude he was! He is nothing compared to what he was when he was younger….

Nisha – hmm….well age will catch up yaar – we all have aged!

Mitali – Yup – true that! I even wanted to get him married to my cousin sister but my husband told me all about his character…..he suffers from ‘character dhila hai’ syndrome (she chuckled)

Mitali – Oh! My hubby knows all about his sex, love and dhoka (betrayal) stories since early childhood – their Maths teacher initiated him into the world of sex!

Nisha – You mean she forced on him? Used meaning..like what? She would fail him if he did not agree to sleep….like that?

Mitali – Of course not duh! Rahul had taken Arts – he wasn’t a science student that he will continue to sleep with her for getting good marks! Oof! They were both consenting adults – that’s all! He left Delhi to join college elsewhere – that’s how they parted!

Nisha – I see….so what happened to your plans to get him married to your cousin?

Mitali – Are you mad!? In spite of knowing about his womanizing tendencies – I will allow my cousin to jump in fire!? She is my cousin dear not my enemy that I will push her right into the garbage bin!

Nisha – I see…so he continued womanising…

Nisha – I see – so basically he is an incorrigible womaniser and also foolish enough to select a sex-worker less than half his age…?

Nisha – I see……so he is a loser basically!

Mitali – I dunno whether he is a loser or a winner – many males think that he has a very good life – changing sex-partners like we change clothes…..

Nisha – Hmm…losers will always think of other losers as winners – that is just a self-counselling process (lol)!

Nisha disconnected the phone and went off to sleep. Whatever was there to know about Rahul she had come to know.

Next morning, her parents were seated at the breakfast table. Nihsa’s mom looked particularly happy – as she had already received the confirmation from Rahul’s side.

Nisha started to eat …and her surprised mother asked her –

Mother – What? You don’t have anything to say to us!?

Mother – whether you want to marry Rahul or not!

Both her parents were surprised. Nisha was already 41 and they thought Rahul’s proposal was heaven sent!

Mother – What do you mean NO?? Rahul has already said YES…..they confirmed – they like you!

Mother – Why? Do you realize you have already crossed 40?

Nisha – So? Just because I have crossed 40 – I should marry a garbage bin?

Mother – You are calling a successful business man a garbage bin? Have you completely lost it?

Nisha – No I have not – I did a background check and found out that he is an incorrigible womanizer….and..

Her mother cut her short…

Nisha – really? What is the guarantee?

Mother – well – that depends on how you love him…with love…

Nisha cut her short this time –

Nisha– Mom- Shut up – stop living and believing in your dumb romantic fiction stories you have grown up reading – understand? Once a loser – always a loser – similarly once a womanizer, always a womanizer – I am not some illiterate village rustic that I will agree to marry just any assh*le who agrees to marry me! I am financially independent and can take care of myself – yes, I would have agreed to marry – had I met someone with a strong personality – not some loser to hires sex-workers half his age and creates scandal in his social circles….

Both parents were shocked to hear the rest of the details as furnished by Mitali.

Mother – Past can be left behind…..everyone has a past…

Father – Its ok Nisha – we have got the message – no one is forcing you to marry him.

Nisha’s mother still looked a bit sad – she thought that her daughter would be wed off soon and she could flaunt a handsome son-in-law to her friends….but her daughter destroyed all her dumb plans!