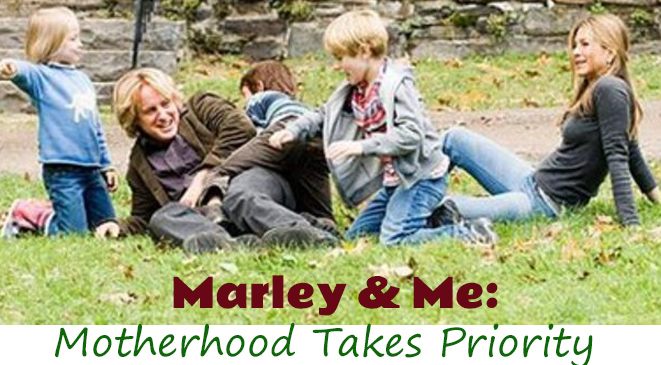 Although the film is mostly about Marley, the disobedient & incorrigible Labrador Retriever, but we get to see many other deep philosophies of life embedded in it!

A lot has been already written about it so I am not going to elaborate on how messy Marley was etc. but want to focus more on Jenny!

Jenney (Jennifer Aniston) was a very good journalist and was paid really high wherever she was hired. But once she became a mother, she decided to leave her job and focus more and totally on raising her children! She clearly says in one dialogue that – when she is at office, she is thinking about her child and when she was at home she was worried about her work. She said that she was not ready to take up so much stress and decided to focus solely on motherhood!

Salute to the writer of this film script – for trying to push in – ever so subtly – the essence of motherhood and how important it is for mothers to not take unnecessary stress – trying to handle both office and household!

In the film they were shown to be pretty much middle class – not filthy rich or something that she could afford to leave her job – yet she left her job and focussed on raising her children.

And she certainly did a great job at it – because in the last scene – when the entire family was paying their last respect to Marley, the kids wrote such beautiful and sensitive, heart touching ode for unruly Marley – that it would convince even a stone hearted person – that love eventually wins – always will!

And this loving sensitivity in children is introduced by parents – for even they observed how their parents were so loving, caring and patient with a supposedly ‘Bad, unruly’ dog – Marley! 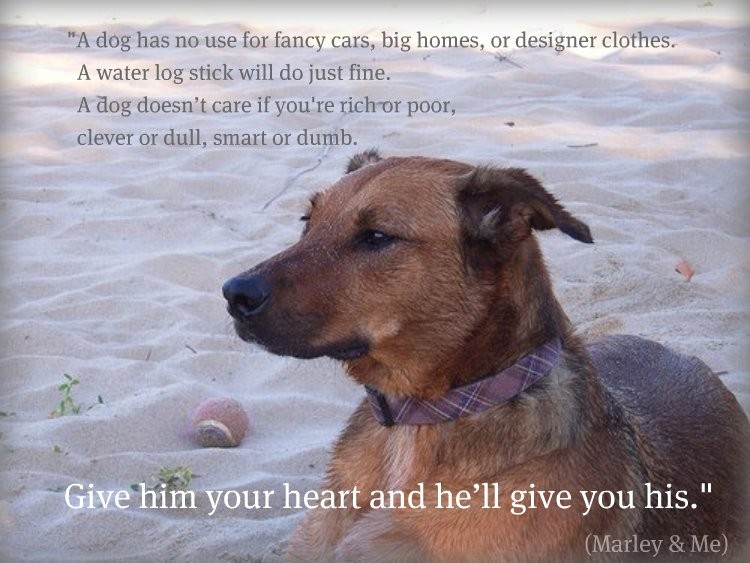