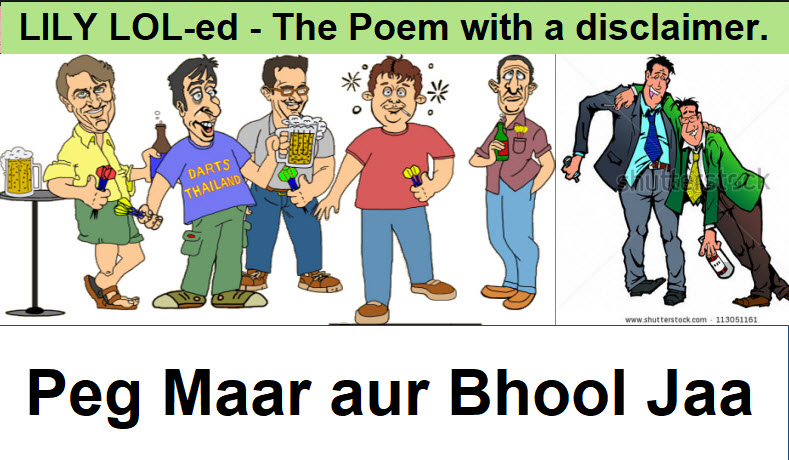 So Lily used to sit in the last row
She was poor in studies
The bright girls made fun of her
The intelligent boys ridiculed her
Teachers often punished her
She was just 6 years old!
Her mother was least bothered
about household chores
She wanted to be a singer
But her parents wed her off in a haste
She was sad to be a homemaker
And she hated her daughter more…
For after pregnancy, she has lost her figure
And had developed several other ailments too
All pregnancy related!
Her father was always out on tours
Least bothered about family life
He knew his wife loathed his very sight
He stayed away from her – drowning himself in alcohol

Such was Lily’s family
She hated her life & often contemplated on
committing suicide!
The year she turned 15,
In came a flamboyant uncle
He was 38 & gave Lily a modelling offer
Her mother jumped at the offer
& forced Lily to go with him for the sea beach shoot

At 30..it was her turn to laugh!
The bright girls of her class
were either applying for jobs at her company…
Or were participating in the rat race
of reaching their children to school on time!
They were doing their best to educate their children..
so that they may get a job…in maybe a kind of Lily’s company?!
The intelligent boys of her class
Boasted of Lily being their classmate
Admired her for her smartness, sexy looks & figure
cursing their bad luck to be stuck with an ugly demanding wife!
Drowning in alcohol fantasizing about Lily…
It was only Lily’s virtual presence, that gave men some respite!

This is the story of Lily…

Disclaimer: Any resemblance to any one or very many lives ….is pure coincidental….LOL! 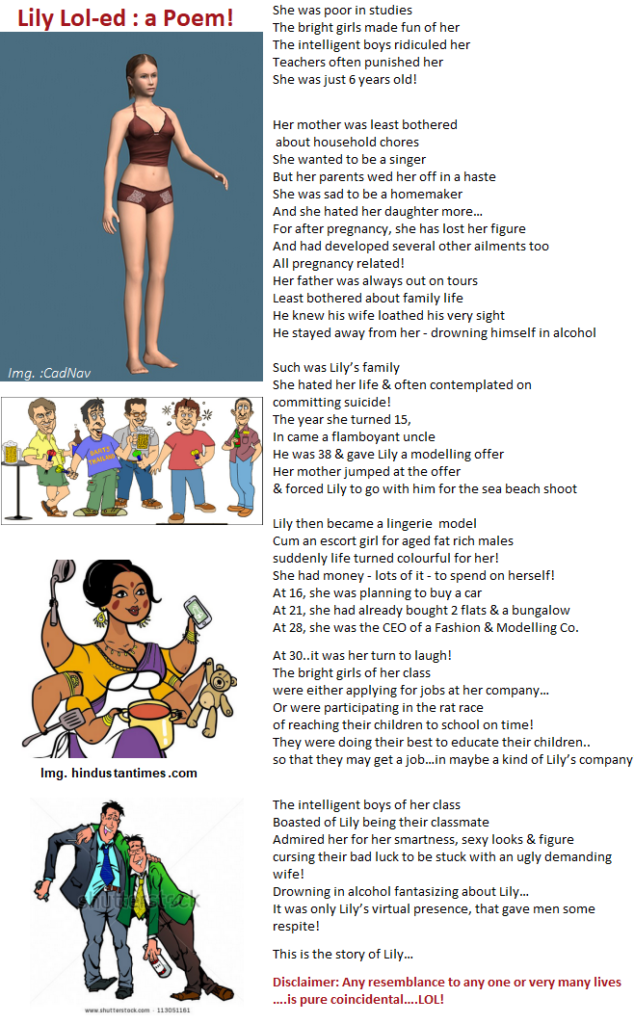 About women and their ‘chums’ awareness! The film starts with a drama ...

Thappad – Not convincing enough! The wife wanted a divorce because the ...