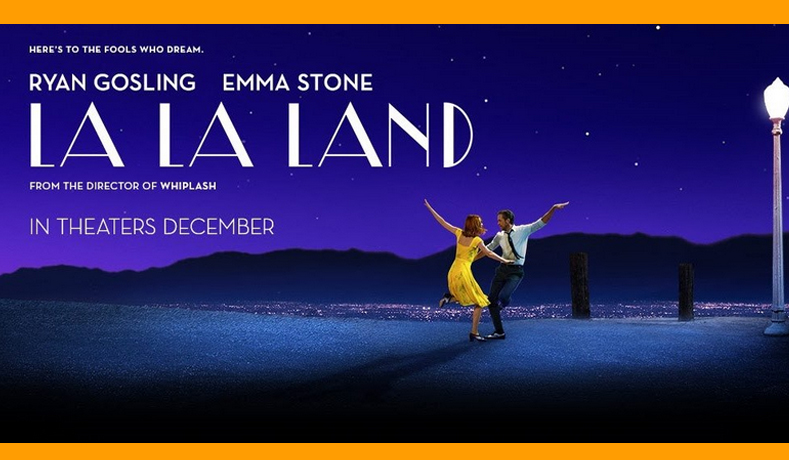 I watched film ‘La La Land’ and honestly was very amazed to know that this film had won many awards! With great expectations I went and I was thoroughly getting bored at the pace with which the film was moving! So very slow…really unimaginable that at this current era – a film like this could actually win any award!

The film is actually placed in the early 60’s or maybe 70’s era when there were no cell phones! So you can imagine how pathetically non-connected this world was during that period – such a lot of efforts went in connecting/ communicating with loved ones…standing in the queue to make an expensive STD or ISD call…and those who were not well off…or even were middle class citizens – mostly depended on letters and vey occasional phone calls. So one can imagine the bridge that got created between people in absence of proper or fast and inexpensive means of communication !


This is what exactly happens between Mia (an aspiring actress) and Sebastian (a jazz pianist)! They meet and since they both were struggling with their respective dreams, they connect well. They live-in and are happy in each other’s company.

Fate gives them a chance…and Sebastian gets a regular job which makes him go on tours often and for longer periods of time. Mia misses him and continues to go for auditions….when suddenly even she gets a break to become an actress.

They both part ways to fulfil their respective dreams. 5 years later Mia is shown as married to another man plus she is also a mother to a daughter. Sebastian though is alone, and had opened his own club and played his passion – his way! Both had their dreams fulfilled….but both had missed the ‘LOVE’ of their lives…each other!

Mia imagines (oh! It is common for women to thrive on their dreams and imaginations…after all since childhood girls are made to imagine that one day their Prince Charming will come and woo them and blah blah) that life could have been sweeter with Sebastian as her lover and husband….but their dreams and aspirations did not allow it to happen! Sebastian also looked sad upon seeing her – yet they smile at each other…knowing very well that they both love each other dearly…but cannot belong to each other in this life!

This emotion/ love/ sacrifice is very commonly seen in films of yesteryear…which actually means that when the ways and means of communication was not so technologically advanced – as it is now – people suffered from misunderstandings, delayed communications leading to unnecessary worries & apprehension. Love stories in the current generation at least cannot blame delayed communication..or out of sight/ out of mind fundas because now we all are well connected. So in case someone is unable to communicate or connect …he should more or less understand that he is basically being ignored and it is time for him to move on…unlike what happened earlier…they kept waiting on and on and on thinking that their lover must have sent a letter or a postcard that must have gone missing..misplaced and thus wasted an entire life waiting for someone who is probably living ‘happily ever after’ with someone else!!

Coming back to the film – so what does it want to convey to we, the people? That LOVE is all important – more important than fulfilling some silly dream or aspiration….that you picked up from a failed or frustrated Aunt of yours? Mia goes through hell trying to prove herself to half listening directors and producers! Was all the humiliation she went through at all worth it? And at what expense? She anyways lost the one she loved dearly…someone she could actually live happily ever after with – for they both understood each other so well….and loved each other too! As an actress Mia would act for 10 to 15 years more…then retire and remember fondly the days of her struggle…and the days she spent with Sebastian…..half heartedly pretending to love her husband and daughter –and  performing her duties mechanically for the rest of her life!


Sad life – very sad…having to pretend/ act all the time…endlessly!! At least Sebastian did not have to pretend to love someone…he remained a bachelor…lost in her thoughts! That is a lonesome life. Sad again. 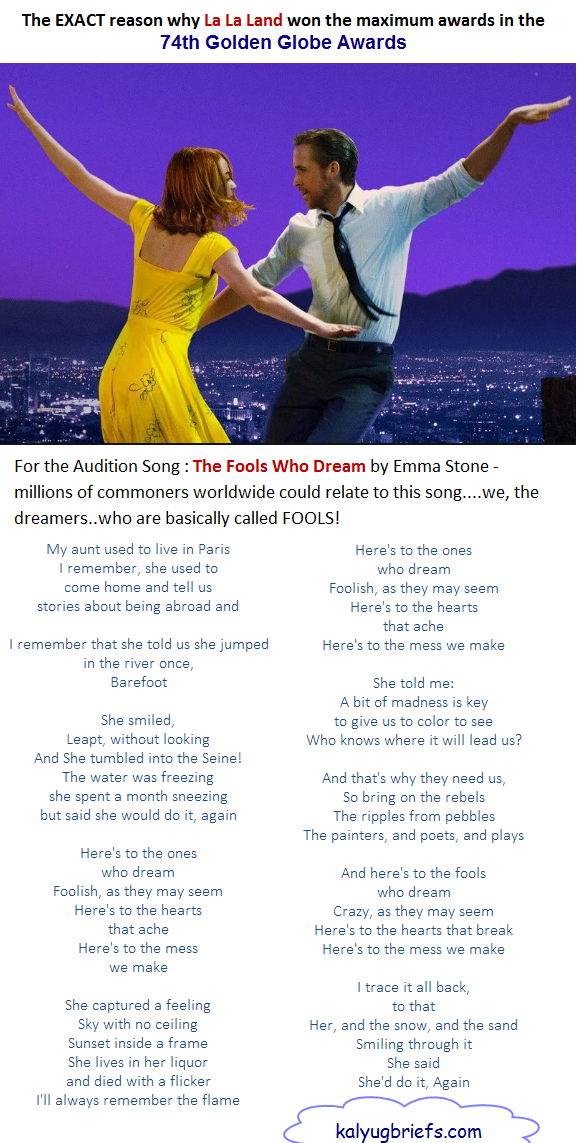