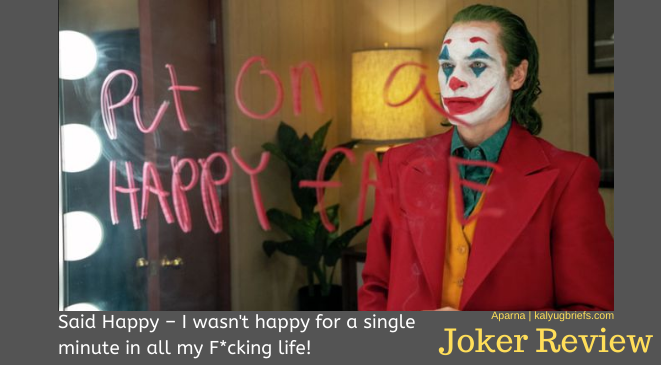 Said Happy – I wasn’t happy for a single minute in all my F*cking life!

A woman falls for a rich & powerful man while she was working for him. The man, as it often happens, used and threw her.

She claimed to have been made pregnant by him but then she was admitted under Psychiatry treatment that declared her as delusional. In the documents available about her in the Psychiatry Department, it said that she had adopted a child and named him ‘Happy’ – but she claimed that it was her own son with the powerful Senator. So it is not really clear whether it was her own son or an adopted child!

Anyways, Happy grew up under terrible conditions! After being thrown out of the house of the Senator, she started to live in with another man who was basically a maniac and child abuser! According to Police records, when Happy was a child, he had been brutally beaten and tied to a radiator plus had skull injuries that had actually turned him into a patient with a peculiar ‘laughing condition’! All his life he was suffering for this condition.

As he grew up, he aspired to become a stand-up comedian… although he worked as a Joker – entertaining people . He took good care of his frail and ageing mother – gave her food, gave her a bath – everything that is expected from a son…or that the society expects from the son – and he was proud of it also!

Yet…he was bullied, humiliated, ridiculed all the time by people around him. He tolerated it all until one day he opened the letter his mother had written to the Senator saying that he should take care of Happy and her …since Happy was his son! That single episode changed everything! He kills his mother – or the one who he had been calling his ‘mother’ all his life! Overnight he became destructive…and caused destruction to the entire city.

Women should not agree to sleep with just anyone esp. who happens to be rich and powerful. If she makes herself available, she just becomes a ‘Wh*re’ – in spite of all her educational/ financial background!

Because the female (Happy’s mother) was forcing the powerful man to marry her – she went through hell herself and diagnosed as ‘Delusional’ and then thrown out of her office to fend for herself and the illegitimate child!

In spite of being educated and independent, when she somehow found another live-in partner for herself and he beat up the child (whether adopted or own) like a maniac – she could not do anything about it!!! – What is the use of all the education and women’s rights in the world when she can’t even fend for herself and fight for a child who was her responsibility!

If she was really a ‘Delusional’ patient, why did the government leave a child with her and her maniac boyfriend!? Why did they even release her from the clinic or Institute she was admitted for Psychiatric Treatment!?

It really is not only a dark age (Kaliyuga) but also dumb along with it!

I never saw these scenes……..