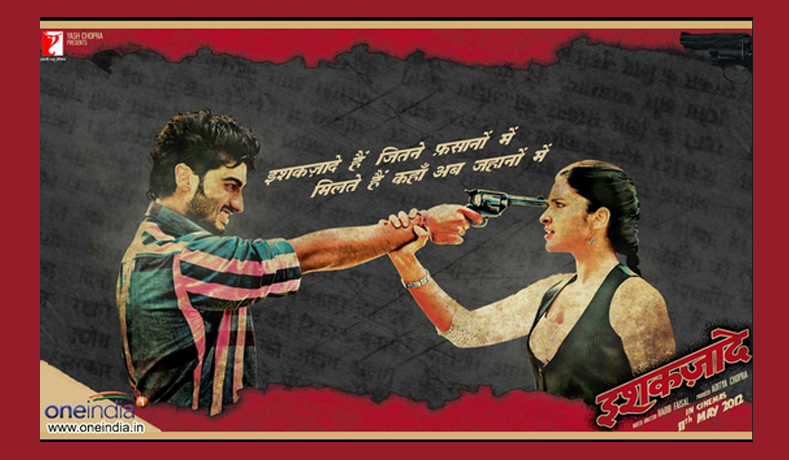 A gold medallist in Chemistry honors by the name of Zoya falls in love with a whore-monger, failure in academics, politically inclined fellow who uses her and throws her too……

So this girl – Zoya – is getting engaged to be married and guess what? …. her family invites the local prostitute to sing and dance and entertain the guests..and the guests are only too happy to gyrate at her tunes (see ..a man is known by the company he keeps)!! Even the bride to be – Zoya – dances, jumps and sings with the prostitute – much like ‘dola re dola’ song from Devdas!! Now that her family background is kinda ‘loud & clear’ – we can begin to understand why she takes the decision..that she takes…family blood and upbringing was such that she did not use much of her brains – because of which she was quite ‘pareshaan x 4’ (worried) about her feelings towards the whore-monger.

Both the families were politically inclined and were rivals. Once upon a time Zoya had even slapped Parma (the whore-monger who later turns into her lover) because he had kinda insulted her father (yeah..the one who invited the local prostitute to dance during his daughter’s engagement party). Parma remembers the insult..and takes his revenge….by creating a fake marriage scenario for the ‘gold medallist in chemistry’ – Zoya – he hurries through the marriage and takes her to an abandoned train compartment where they ….you know…indulge in what human beings are born to do….no points on guessing that ! – lol!…yea- they celebrate their ‘suhab-dopaher’ (afternoon) in the dilapidated train compartment – and after looting her cherry (well I am not quite sure whether she was a virgin or not – but the fact that she did not allow him ‘in’ and was wanting the holy (ahem, cough) wedlock first ….. so one may presume that she had maintained her chastity (hard to believe – coming from that kinda family background…you know inviting prostitutes etc. in a supposedly auspicious occasion (we the people in India still consider marriages etc. as auspicious….I may be wrong).

Ok, they get married, he dumps her, she tries to kill him by shooting him, in comes Parma’s aged mother and makes him promise to take care of her till he lives – he agrees reluctantly – just then the mother is shot dead by his grandfather. Zoya runs away – Parma helps her to run…blah blah blah – both the families come together to kill them!! They get killed….actually they shoot each other – saying its better to die than to be humiliated and killed.

1. In a song all Parma’s friends celebrate the fact that he is a full grown youth who is capable of enjoying life to the fulest ‘Huya chokra jawan re’….so all the friends who were making merry, singing, dancing and licking his feet – chase him like hounds in order to kill him!! – Poor fellow had no true friend!…power hungry wolves never have true friends..they remain greedy, selfish forever.

2. In real life – Parma would have listened to his grandfather and killed Zoya in a fraction of a millisecond – political power, money and ample supply of prostitutes…is a rather difficult option to give up. 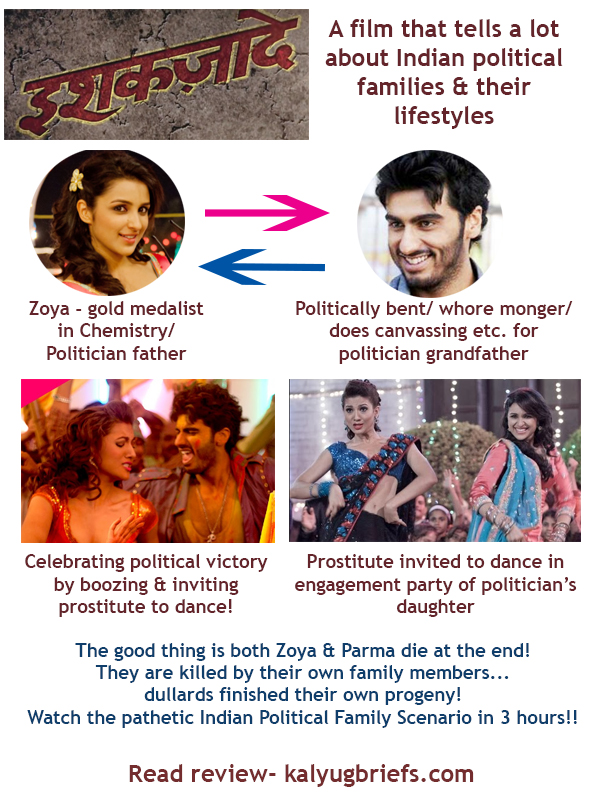