Indie Film ‘ Lipstick under my Burqua- review by Kalyug briefs 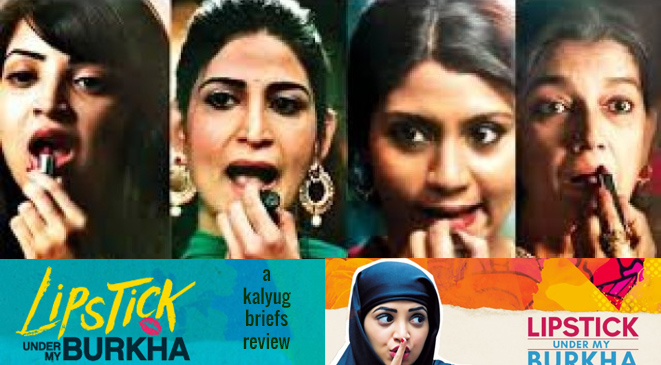 This is what film LUMB is all about – the sexuality of lower middle class – average educated Indian women.

How are we, the 3rd world Indians, psychologically any different from the 1st world US-ians?

I will maintain extreme brevity!

I rest my case. 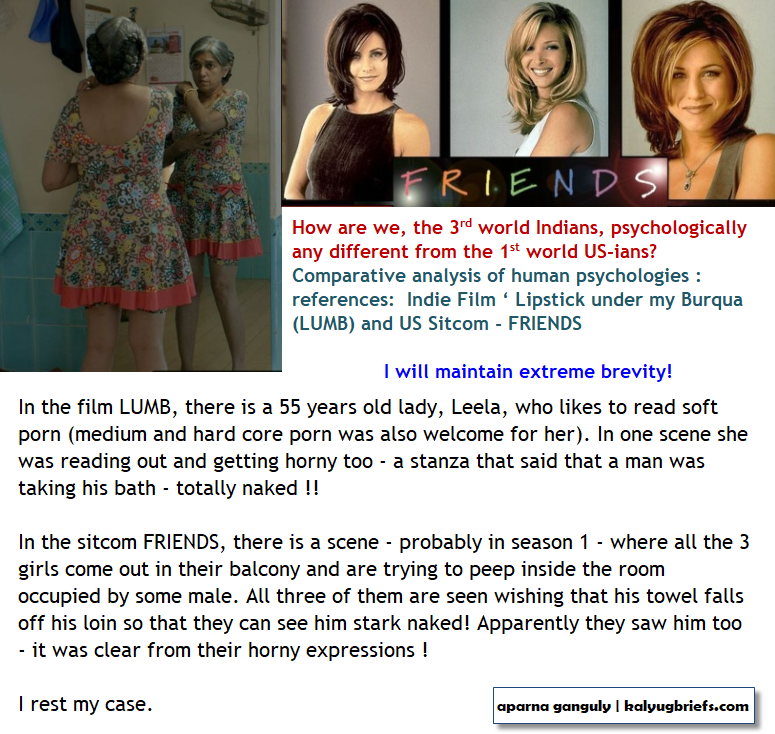