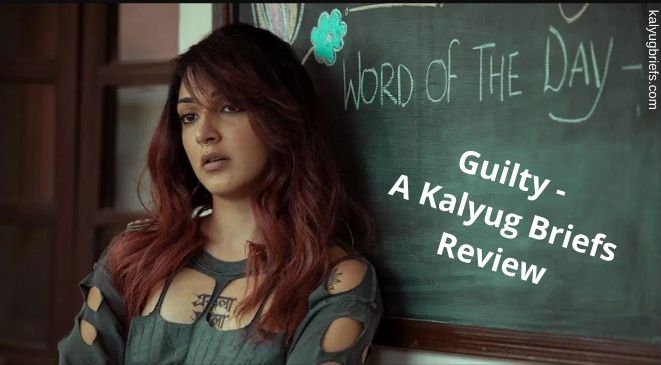 Such characters will meet with untoward incidents – that they themselves invite –  that make them victims of dumb things done by demonic dullards.

PS – Very disheartening to watch the film that showed the lifestyles and attitude/ behaviour of the youth in India – Educated, well-to-do family sons and daughters of Indian families were indulging in everything dirty – from wearing cheap dresses to ‘turn-on’ any and every male – as if they are born to seduce males 24/7 – to consuming drugs and alcohol in college premises to being dis respective towards their faculties to sleeping around – to the extent of taking girls to boy’s hostel room and effing/ raping them as well!? Boys are not allowed in girl’s hostel and vice versa – well that’s what I knew at least – but here they are happily walking inside each others’ rooms!?And the abusive language they were using – every sentence was impregnated with ‘F’ word!? Why? Some uncouth, illiterate, frustrated person abusing everyone around is understandable – but why students of big universities – they must have had everything brought to their feet by their parents – yet the moment they open their mouths, we can only hear ‘frustration and anger’ – why? This attitude needs immediate attention.

**Exhibitionism is the act of exposing in a public or semi-public context those parts of one’s body that are not normally exposed – for example, the breasts, genitals or buttocks. The practice may arise from a desire or compulsion to expose themselves in such a manner to groups of friends or acquaintances, or to strangers for their amusement or sexual satisfaction or to shock the bystander.