Film Water – On the horrific condition of women in India! 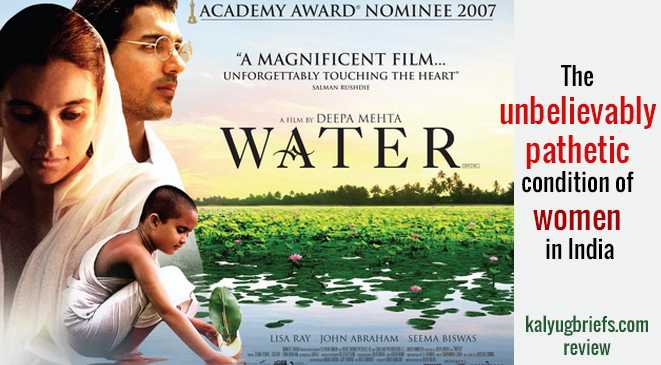 The horrific condition of widows in India.
Timeline – around 1940’s

In the image here, both the girls are widows!
The young 8 years old girl was married off as in child marriage but at the age of 8, she became a widow and was sent away to a Widow Ashram.

The patrons of such widow ashrams were mostly pervert paedophilic BEEPs who had an ulterior motive behind making donations to such ashrams – to sexually use the widows!

So young /old/ middle aged widows were sent to him on a regular basis to quench his sexual thirst! He was married with a grown up son of his own and his aged wife was alive too – but that did not matter to him! He was rich and had the money to run the Widow ashram – so he had to be provided with women – meaning he turned the poor widows into prostitutes.


So in a way our ancestors – who made the Sati daha (burning the widows on pyre) mandatory up on death of husband – knew about the ‘living HELL’ that the widows will go through once their husbands die! Probably this is the reason they made such schemes!! (Disclaimer:: No no – I don’t mean to say that they were right – just pointing out our deplorable condition in the 19th century…just about 60-70 years ago huh !)

I heard in some news channel that the literacy rate of India was 3% when we were fighting for our independence!

Meaning we were mostly illiterate & grossly superstitious and were being exploited by the conniving sect of society!

Anyway, what I want to point out here is the ‘condition of women’ in India in the 20th century……so dreadful, so horrifying, so demeaning !….and here we discuss about how wrongly women were treated in the Treta Yuga – some 9 thousand years ago!! Hail India – hail world!


And lastly : In spite of so many technological advancements, so many fighting for ‘women’s rights’, so many women holding very senior and powerful positions world wide – we still have cases of:

Brides being burnt alive for dowry , Girls as young as 3 months to as old as 75 years are raped and thrown in the drain, female foeticide, kidnapped and sold in the sex market …….like where is the progress?! 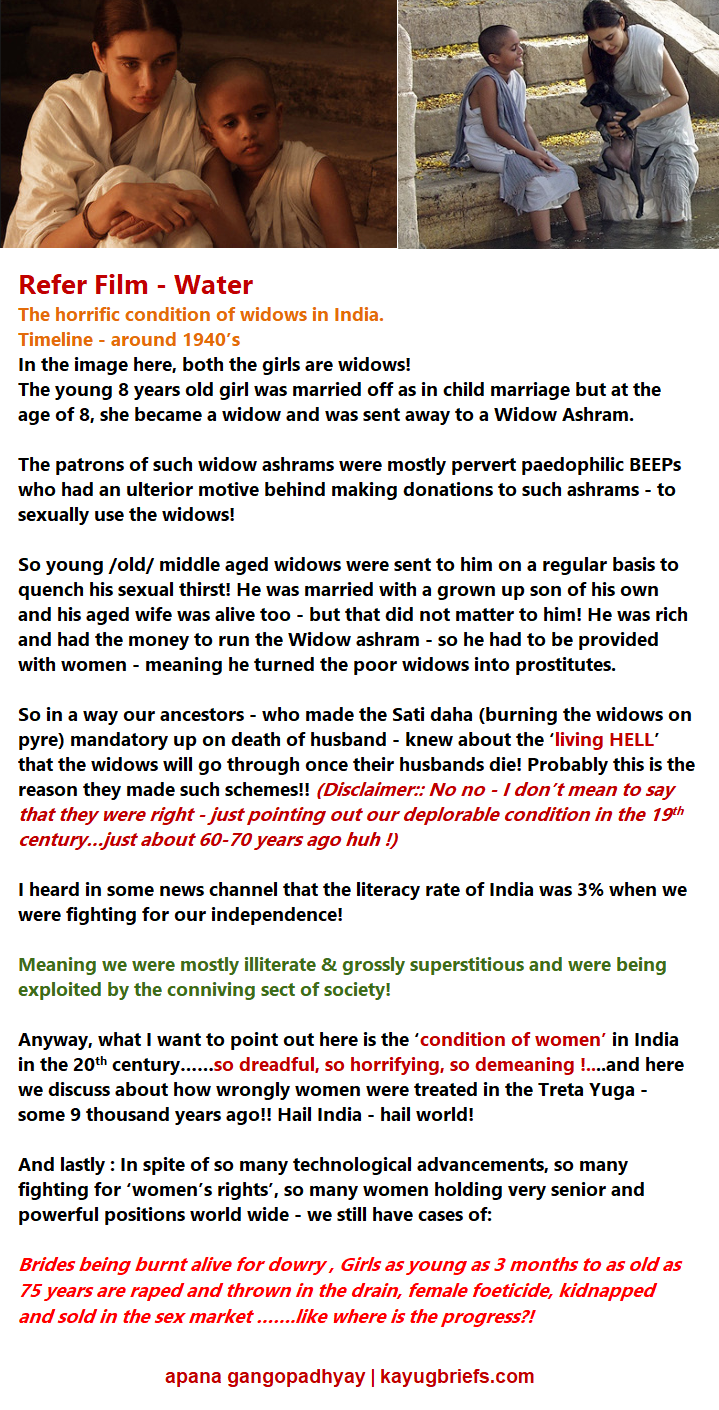