Can fasting fetch you HIS blessings ? 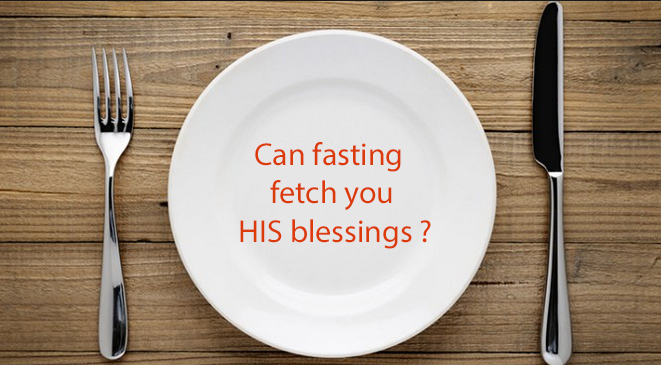 Can fasting fetch you HIS blessings ?

You may fast for health reasons
Gods are not in any way interested to know
whether you skipped meals for HIM
Or gave up some favourite fruit to win HIS attention!
It is a myth that Gods will bless you more if you fast etc.
HE is managing several universes all at the same time
Do you really think HE will be achieved by going empty stomach?
In that case the poverty stricken citizens – both in India, Africa…
…and in other poverty stricken nations
Would have attained Nirvana by now – have they?
Think about it folks – it is time to demolish all that is
redundantly superstitious! 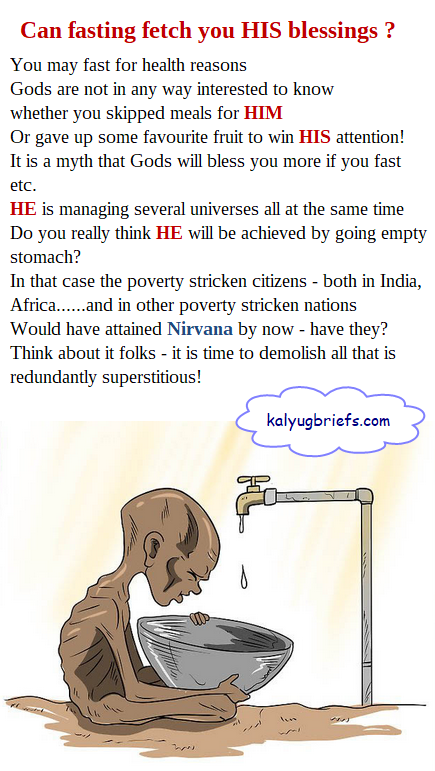 Poverty is seen as a curse – being unable to earn enough to feed oneself is seen as failure by the worldly wise. We look at the hungry with sympathy! So how does ‘fasting’ – going without food for a day or two – become the work of the pious? Reward-able by the Gods!?