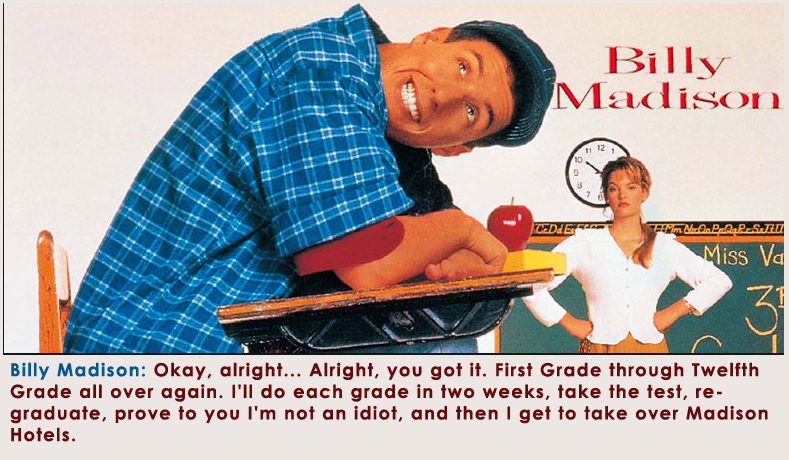 Story of a 27 years old spoilt brat of a billionaire – an owner of Madison Group of hotels , who , being fed up of his son’s childish tactics, decides to give away the power of attorney to one of his cunning subordinates.

This comes to his son as a rude shock and he asks his father to give him a chance to prove himself. To this his father tells him of his brainlessness & dullness and the fact that he had somehow managed to pass each grade in his school with the help of his father’s influence and money !

Billy challenges his father that he will go through each grade for 2 weeks and pass it on his own or else the cunning subordinate will be made the hotel in-charge .

So begins Billy’s silly journey ‘back to school’. He disturbed the class, made asinine remarks and basically tried to prove to the world that acquiring knowledge is basically futile for a rich boy , as he is assured of his future because of his rich father. Each grade he passed, he threw a lavish party for his friends from all age groups – showed the utter wastage that the rich people make.

Some shocking revelations were as follows :