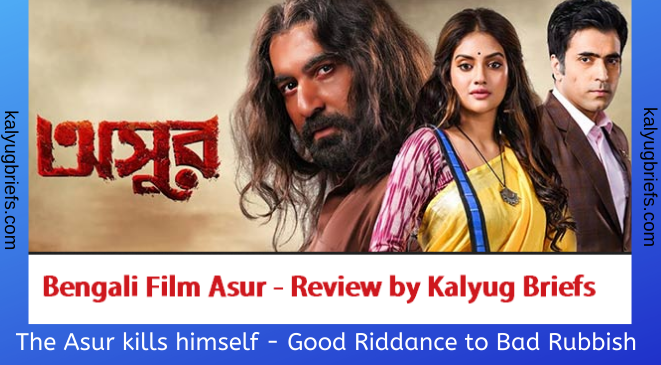 3 characters – Kigan, Aditi and Bodhi. Bodhi loves Aditi but Aditi loves Kigan. Kigan loves none – he is just friends with them.

Anyways, once under the influence of alcohol both Aditi and Kigan dive on bed to have sex – oh! Aditi has been shown as a modern educated girl after all – how else will a woman prove that she is modern and hep? Of course by getting drunk and diving on bed with anyone available around – ah! so modern, so hep, so ultra modern! Unfortnately she gets pregnant and hurriedly married off to Bodhi – who had witnessed her eff session with Kigan – yet he agrees to marry her and bring up her child ever so lovingly! (warning – this does not happen in real life – no sane, sober and decent man will agree to marry and pregnant female…esp. if she is not pregnant with him…in our world males don’t marry in spite of 3-4 abortions of their live-in girlfriends…and here young girls are given the understanding that thre are good and sober dumb males who will marry them to live happily ever after!

Anyways – Aditi could never accept Bodhi as her husband and continued to hanker after uncouth, ill-bred schizophrenic Kigan (Kigan used to hallucinate a villager-female ghost in half saree)! At the end the Asur burns himself to ashes – good riddance to bad rubbish!