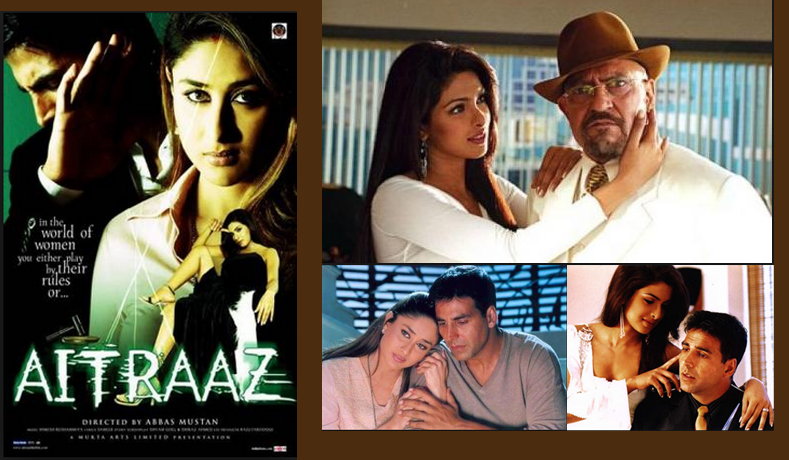 Means : Objection , protest, opposition -the opposite of approval

Story line : Hunk hero falls in love with a model aspiring to make it very big in life- by hook or by crook. Hero knows of her ambition – still humps her -I mean goes around with her , sleeps and enough steamy scenes happen between the 2 of them.

Model becomes pregnant. Model obviously aborts- she would not give up her million dollar figure which is her way to success ! Hunk hero’s fatherly feeling & affection suddenly takes an upper hand !! he is heart broken that she did away with the seed he had planted-in one of the F- sessions he had with her ! –He leaves her and they part ways.

Hunk hero meets a dumb advocate (played by Kareena) –floors her by talking like a 17 years old boy and they get married to live happily ever ..but the Director had something else on mind.

Ex flame and model – now married to an old haggard Industrialist –  because of his money of course – wants hunk hero back –  just to hump her occasionally – not as a hubby as she has all the goodies from her rich old haggard ‘unable to perform on bed’ husband.

She wants to have the cake and eat it too. Hunk hero, to her surprise acts pricey this time – he had metamorphosed to a typical patni-vrata (wife devoted) Indian man !- seldom found nowadays though – he declines her indecent proposal !

She is mad  –  she sues him of raping her when she was alone at home –  a rich Industrialist  – alone at home !!- no servants !! – anyways hunk hero confesses to Indian wife of his escapade with oomph mistress.

Wife takes up the case and fights for her husband –  they win ! wow ! what a wife !!