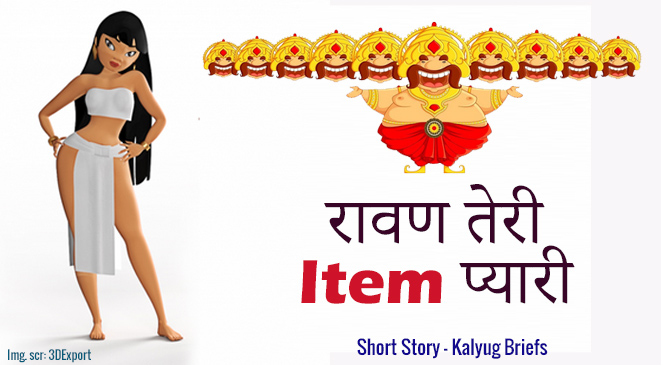 Mita was born in a middle class family. Her father was a teacher in High School and mother a Homemaker. When Mita was born, both her parents decided that they will give her their best and as the world – esp. media and entertainment world – defined what is good, better and best for the average citizens, they decided to admit Mita in a convent school so that she would speak English like a Memsahab and because of her English, she would get good job and even good family son as her husband!

Mita started attending the convent school but soon realized that her parents were just pathetic paupers who could not take her abroad on vacations, could not order pizzas, nor could celebrate her birthdays lavishly at some fast-food joint…like most of her other classmates could do! She was ashamed to take the same old school bag with several patchworks – she had been using the same bag since class 4 – and now she was in class 8!

In her locality though she was envied by other girls of her age. She could speak English and her parents allowed her to wear jeans and tight T-shirts! Though her parents did not like it one bit but Mita had thrown a big tantrum on her 14th birthday and had made her parents buy her jeans and few T-shirts instead of down market and low-society salwar kameez and kurtis. She was made to think about such dresses as down market by her rich and affluent friends back at school!

Shalini was one such student in Mita’s class. Her parents were both working and used to be abroad most of the time. Mita started spending more time with Shalini . She told her parents of group studies at Shalini’s’s house but instead both went to late night discotheques and made several boyfriends. They were introduced to alcohol, Marijuana, smoking pot, weed and of course the thing they both were dying for – sex!

Mita was loving Sahlini’s friendship but it was short lived. Shalini’s parents shifted to the US and Mita had to again spend her time with her low income family members. Mita’s mother had started a business of making afternoon lunch for couple of offices around their locality so that they could earn more and quench Mita’s voracious appetite for stylish fashionable dresses and hi-end cosmetics.

Shalini’s driver’s son, Atul had secretly liked Mita a lot. Atul found out where she lived and told her that she can continue to have sex with rich boys and satisfy her needs if she wants!

Mita: You are Atul…..Shalini’s driver….?

Atul: My father was her driver, I am not…I attend school.

Mita: Oh! Which school may I know?

Mita: You are way out of my league – you know that na?

Atul : I don’t think so – here let me show you my collection of Blue film clips…you will like it..

Atul : really – and who may I know will define my limit? (he said in broken English)

Mita: I am not interested in you or your stupid film clip – just get lost will ya?

Mita was taken aback! She and Shalini used to get boys home to have sex…but it was a secret!

Mita saw not just one but 8 blue film clips of her either screaming like a pig or jumping like a mad dog!

Mita: What the hell?! How did you get these?

Atul : I lived in their garage remember – my mother cooks in their house – I have access to all the rooms – I fitted cameras to capture the stuff – don’t worry I have Shalini’s film clips as well!

Mita: What the hell you want from me?

Atul: Together we can do lot many things babe – you call Shalini and ask her to transfer money to your account – rather our joint account – let’s start blackmailing her to begin with – तू तो है ही भिकारी (you are a pauper) – you can’t give me money but we can enjoy having sex…

Mita: I will not do any such thing you bast**d!

Atul: you have no option bi*ch but to listen to whatever I am saying ok? Now tell your parents that you are going on a school picnic or whatever crap you want to say – झूट तो बहुत अच्छा ही बोल लेती है तू ( you are good at lying I know) – and both of us will chalk out things on how to go about making tons of money!

Mita told her parents that she was going on a school excursion for 4 days. She left with Atul and they hired a room for 4 days in a small 2 star hotel. Atul enjoyed sex with Mita and after that he let some of his friends enjoy her too. Mita was high on drugs so she hardly realized what was happening to her. On the 4th day, Atul handed over 10,000/- cash to her.

Atul realized that Mita hardly has any clue about her rate – she was 16 years old and sex starved pigs of all age groups were ready to give up their lives for this age group of sex worker! Atul suggested that she should buy sexy lingerie so that next time she would earn 20k! Atul did not do anything with Shalini’s pictures since they were still living in their garage as caretakers so he kept it for later use!

Mita then went home and was very happy with her accomplishment! Her father was drawing a monthly salary of 8k and she had earned more than that in merely 4 days! Her happiness was short lived though! Her distant cousin was a waiter in the 2 star hotel she was in with Atul !! One of the waiters had also enjoyed with Mita by giving complimentary drinks and snacks to Atul – and he had given explicit details of sex with Mita to his other colleagues. Her cousin was one of his colleagues! Ashamed to say that she was his cousin sister – he took couple of her pictures when she was sitting at the bar, wearing a tiny skirt, getting drunk – and sent the pictures to his parents. His parents then sent the pics to Mita’s parents! A lot of screaming, barking, abusing went on in the house. Her parents knew that such things are never hidden for long! They were right – her pictures were already making rounds in the family Whatsapp groups – of course a new family group was made that excluded Mita’s parents!

Her parents discontinued her school and started looking for a suitable groom. Mita told this to Atul and they planned to elope. Atul took her to Mumbai and left her with one of his friends in Dharvi slums. She was obviously having to render sexual services at night to all the locality goons and at day time she even had to cook and clean the house!

A film was made on her ‘ Ravana Teri Item Pyaari’ – she only wore a bikini in the entire film – because major part of the shooting was done on the famous beach! People appreciated it a lot and it became a blockbuster! Many mentioned that people just went to see the sexy body of a 26 years old female – but others doused down the argument saying that the film was all about exploring the beauty, calmness and wilderness of Mumbai beaches! 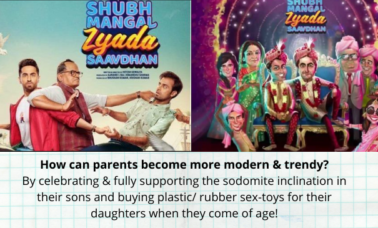 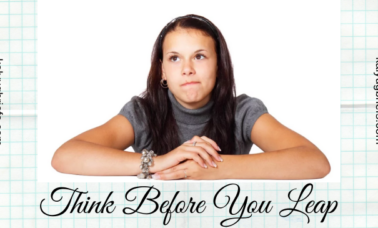 Think Before you Leap - Short Story. Jayati met Sudhir for the ... 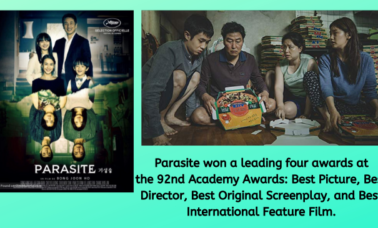